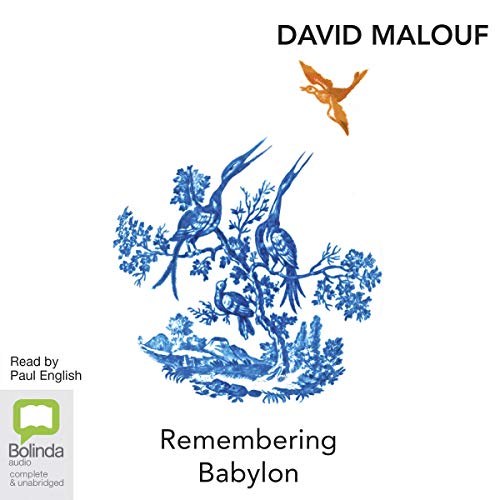 By: David Malouf
Narrated by: Paul English
Try for £0.00

A young boy caught in the conflict between early British settlers and native Aborigines witnesses the barbaric tensions that bedevilled the birth of a nation in this profound and mythical novel.

In the 1840s, a ship's boy, cast ashore in northern Australia, is taken in by Aborigines. 16 years later he steps out of the bush and inadvertently confronts the new white settlers with their unspoken terrors.

A searing and magnificent picture of Australia at the time of its foundation, focusing on the hostility between early British settlers and native Aboriginals, Remembering Babylon tells the tragic and compelling story of a boy caught between both worlds - the civilised and the primitive.

Shot through with humour, and written with the poetic intensity that characterised Malouf's An Imaginary Life, this is a novel of epic scope yet it is simple, compassionate and universal: a classic.

What listeners say about Remembering Babylon

Loved Every Second!! The narrator is flawless! Deliciously perfect for those who love to dream, travel and contemplate the human condition.