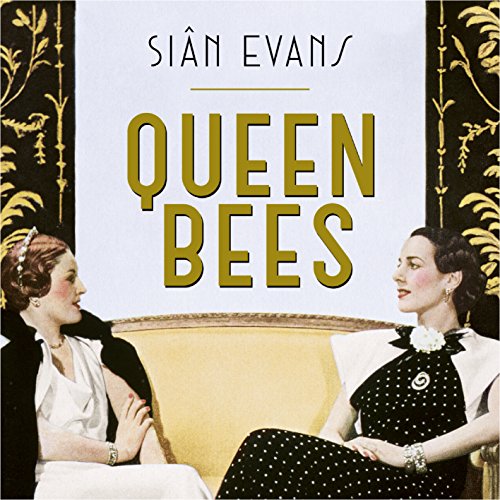 Queen Bees looks at the lives of six remarkable women who made careers out of being society hostesses, including Lady Astor, who went on to become the first female MP, and Mrs Greville, who cultivated relationships with Edward VII, as well as Lady Londonderry, Lady Cunard, Laura Corrigan and Lady Colefax.

Told with wit, verve and heart, Queen Bees is the story of a form of societal revolution and the extraordinary women who helped it happen.

In the aftermath of the First World War, the previously strict hierarchies of the British class system were weakened. For a number of ambitious, spirited women, this was the chance they needed to slip through the cracks and take their place at the top of society as the great hostesses of the time. In an age when the place of women was uncertain, becoming a hostess was not a chore but a career choice, and though some of the hostesses' backgrounds were surprisingly humble, their aspirations were anything but.

During the interwar years, these extraordinary women ruled over London society from their dining tables and salons - entertaining everyone from the Mosleys to the Mitfords, from millionaires to maharajas, from film stars to royalty - and their influence can still be felt today.

What listeners say about Queen Bees

Well read (with only a few mispronounce words) and with tremendous pace, this audiobook will keep you endlessly entertained as well as filling in gaps in historical knowledge. Well worth it!

Having just finished 'Flappers' it was interesting to me to explore the lives of the pre war hostesses who entertained some of the cast. I was amazed to discover that only one of them was nobly born most were rich parvenues who were ruthless in their climb to what they saw as the top.

Very enjoyable and insightful biographies which provide a window on a time long gone. Excellently written concurrent accounts of the Queen Bees without diminishing any of them.

A whistle-stop tour of a fascinating period in British (and world) history, through the lives of six women. Society Hostesses may now not exist - I wouldn't know - but in those days and for a tiny but highly influential minority of UK society, they did play a role in how society and even politics evolved.

You may not like them all, well, I certainly didn't; but they are very interesting. They are, by turns, gossipy, petulant, fiercely competitive, sometimes active in social causes - and deeply manipulative. But the most interesting part for me is the social history backdrop. I have read a lot of books about this era and just when you think there are no more new angles to look at, a book like this pops up. Really clever concept. It is deliciously gossipy, you feel as if you are being confided in.

Beautifully read, just the right tone by the inimitable Carole Boyd, one of my favourite narrators. If you like a bit of glittering social history, I recommend this book.

History in a delicious form

Beautifully read by Carole Boyd, Queen Bees is a thorough, informative and enjoyable book that addresses 6 women whose roles and influence in the early 20th C may otherwise be too easily forgotten.

Thank you Sian Evans for a delightful ‘read’

Will have to play it again. it is just so interesting. The readers voice is perfect.

Not a rounded view

If you want a positive telling of rich, pampered women - this is the book for you

My passion for history, society and strong personalities are all wrapped in this gift of a book. Just get it, and enjoy 😉