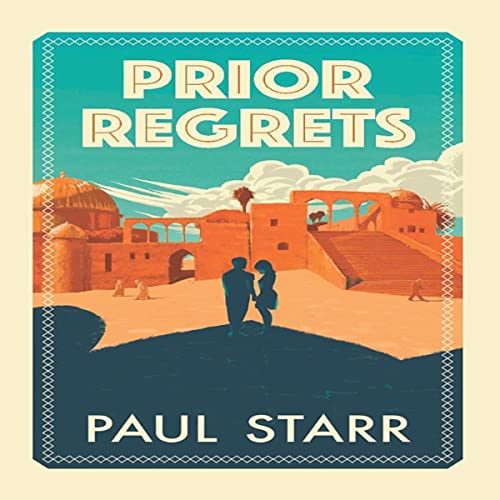 By: Paul Starr
Narrated by: Declan Jenkins
Try for £0.00

Described as "beautiful, evocative writing", and "an enchanting tale", Prior Regrets tells the story of Mark Prior and Lauren Tesairi, and their attempts to navigate the hectic streets of Jerusalem; the varied characters who call North London home; and shared memories, faded by time.

18 years after their last contact - a lonely goodbye in a crumbling hostel - Lauren's unexpected message has resurrected long dormant memories for Mark. At first, he could barely recall their three heady months together - when they were young backpackers, discovering Jerusalem and each other through a haze of Sinai hash, Arabic blues and naive, with youthful ambitions. But then secrets Lauren revealed when they reconnected - secrets hidden for two decades - brings them all back - the dreams, the innocence, and the regrets.

Now, despite a contented life with a wife and two sons, could Mark recapture that time? And could he change her bleak future?

What listeners say about Prior Regrets