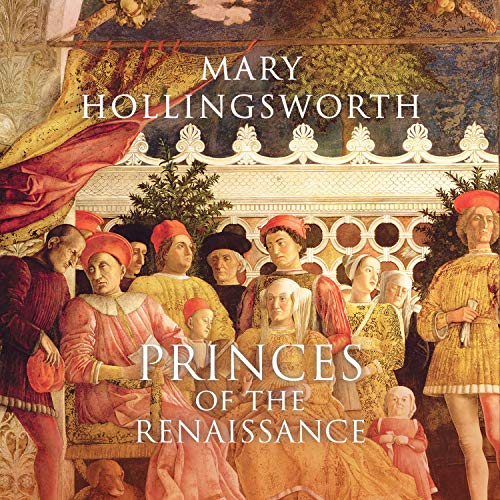 Princes of the Renaissance

By: Mary Hollingsworth
Narrated by: Karen Cass
Try for £0.00

A history of the Renaissance told through the lives of its most influential patrons.

From the late Middle Ages, the independent Italian city states were taken over by powerful families who installed themselves as dynastic rulers. Inspired by the humanists, the princes of 15th- and 16th-century Italy immersed themselves in the culture of antiquity, commissioning palaces, villas and churches inspired by the architecture of ancient Rome, and offering patronage to artists and writers.

Many of these princes were related by blood or marriage, creating a web of alliances that held society together but whose tensions sometimes threatened to tear it apart: thus were their lives dominated as much by the waging of war as the nurture of the artistic talent.

In a narrative that is as rigorous and closely researched as it is accessible and informative, Mary Hollingsworth sets the princes' aesthetic achievements in the context of the volatile, ever-shifting politics of a tumultuous period of history.

What listeners say about Princes of the Renaissance

Great subject matter. Found the writing and (perhaps because of this), the narration stilted. Disappointing.

it was interesting. I recommend for those who are interested in history of Italy

well written and well read. while negotiating the tumultuous crowd of family names and places was challenging, the same made the book an engaging introduction to the period.