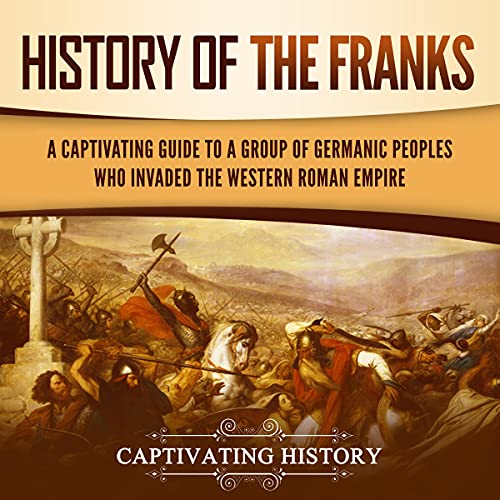 History of the Franks

Did you know that the barbarian tribe known as the Franks were the founders of present-day France?

After assimilating with the Romans in the imperial province of Gaul, the Franks established a unified dominion under King Clovis in the late fifth and early sixth centuries.

Under Clovis’ successors, the Frankish kingdom fractured. Warring factions of Franks, under the leadership of the royal descendants of Clovis, imprisoned or more often killed each other. They forced the luckiest of their rivals into monasteries and removed potential royal wives by exiling them to convents.

The several kings of France not only fought each other, but also fought off barbarian and Christian invaders. Their various domains were under continuous threat from warlike ethnic groups who pushed into Frankish territories from the west and south. It was not until the rise of a military genius by the name of Charles Martel in the eighth century that the Franks were able to recreate the unified country that Clovis had established.

This history of the Franks is peppered with assassinations, marriages for political alliance, deception, and intrigue. Battles fought between contending Frankish royal families and against foreign invaders involved strategies and tactics that would form the basis of subsequent knightly militarism in the Middle Ages.

In this audiobook, you will learn:

Scroll up, and click the “buy” button to learn more about the history of Franks!

What listeners say about History of the Franks

A concise history of the Franks

I enjoyed listening to this audiobook about the Franks. It was well-narrated and the account covers the period from 5th century when King Clovis reigned. However his kingdom disintegrated as Clovis’s successors battled for power. Many were imprisoned or killed as a result of these bitter battles. There is an interesting account that St Columbanus, an Irish monk who founded a new kind of monastic life in France

The audio is appreciated. I will listen again because, of the vast amount of information, it is difficult to keep track of the first time through. I think looking over maps of the area would help me.
This audio takes you to Charlemagne 741AD

This an excellent audio book on the History of the Franks. Very thorough and informative. I would recommend this title to others.

I always enjoy these captivating history books. I was completely ignorant of the history of France before listening to this book. I highly recommend it to anyone who enjoys learning about the history of different places.