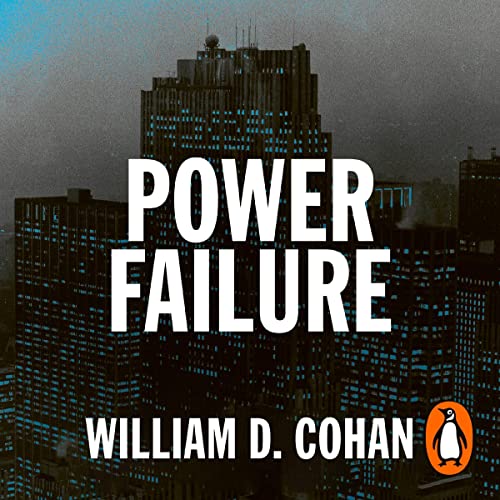 A magisterial history of the astounding rise—and unimaginable fall—of America's most iconic corporation.

Perhaps no company reflects American ingenuity, innovation and industrial fortunes as well as the iconic General Electric Company. Producing storied leaders and almost every product imaginable, GE built a cult of leadership success that hid cracks in its foundation. In this masterful history, William D. Cohan, one of America's most eminent financial journalists, argues that GE's legacy is both a paragon and a cautionary tale through which to understand American business.

As Cohan recounts, Welch traded on a sterling legacy to make GE the most valuable company in the world, while cloaking its vulnerabilities. What he handed to his successor Jeffrey Immelt was, Cohan argues, both an impossible standard and a more troubled reality.

Tracing the company's leaps and stumbles through the personalities that defined it, Power Failure offers a surprising retelling of the GE story, puncturing the myth we know for a fresh look at its legacy—and what it tells us about the state of business in America.

What listeners say about Power Failure

worth reading. narration was great and gripping. The story was new to me, and the amount of research is incredible. It tells the story from the invention of electricity to how it became commercialised. Just didn't like 1 or 2 comments from the author, where he shared personal opinions, but these are few in the nearly 30h duration.