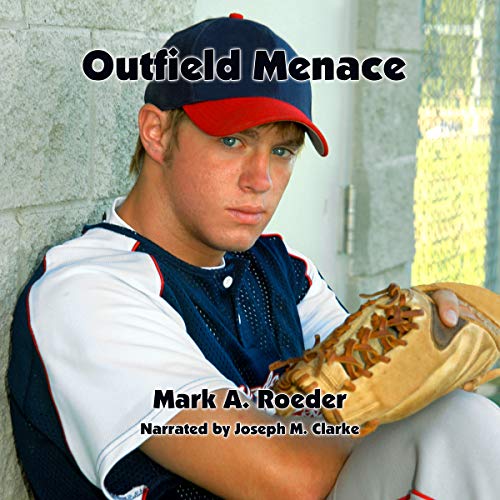 Outfield Menace is the tale of Kurt, a 15-year-old baseball player, living in a small, 1950s, Indiana town. During a confrontation with Angel, the resident bad boy of Blackford High School, Kurt attacks Angel, earning the wrath of the most dangerous gang in town. When Angel finally corners Kurt something happens that Kurt wouldn't have imagined in his wildest dreams.

As the murder of a local boy is uncovered, suspicion is cast upon Angel, but Kurt has learned there's more to Angel than his bad boy image. Angel has a secret, however, that could get both Kurt and himself killed. Outfield Menace is a story of friendship, love, adventure, and perilous danger.

What listeners say about Outfield Menace

Mark struck a real home run with this one. Just slowly working my way through his stories, but this is my new favorite. I had real tears over various parts and I'm not normally the teary sort. Great story.

just another so totally awesome story. made me laugh cry an just feel the actors in the story.
Jim Arrowsmith
Salt Lake City Utah
arrowsmithjim11@gmail.com

I loved the entire story. I found the characters very well developed and believable. The relationship between the two main characters was an interesting and heartfelt one. The author captured the attitudes of the time period very well. I cried for Kurt knowing his fears. The plot twists near the end were outstanding. I look forward to listening to the sequels to this book!