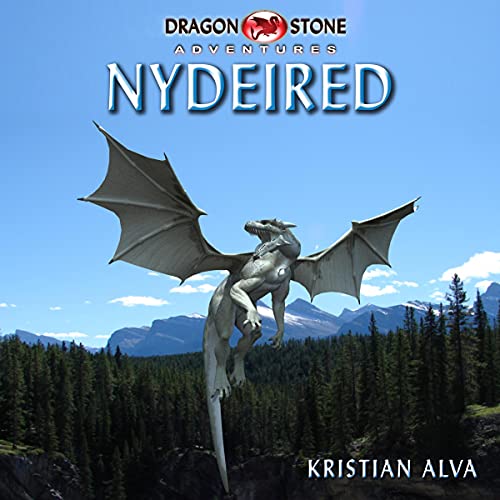 By: Kristian Alva
Narrated by: Paul Woodson
Try for £0.00

The mighty white dragon, Nydeired, has chosen Chusi, a sapphire-blue female, as his lifemate. Years ago, Chusi was taken prisoner by outlaws and held captive, forced to compete in a brutal fighting ring. Unable to fly because of a wing deformity, Chusi escaped her captors, but her kidnappers remained unpunished. Now, Nydeired and Elias have learned the location of Blackgut, the notorious criminal who held Chusi captive. Side by side, Nydeired and Elias plan to settle the score, but will they be able to defeat the vicious Blackgut, or will they place themselves in mortal danger?

This is the third book in Dragon Stone Adventures, a story set in the best-selling Dragon Stone universe. This book can be listened to on its own or as part of the series.

What listeners say about Nydeired