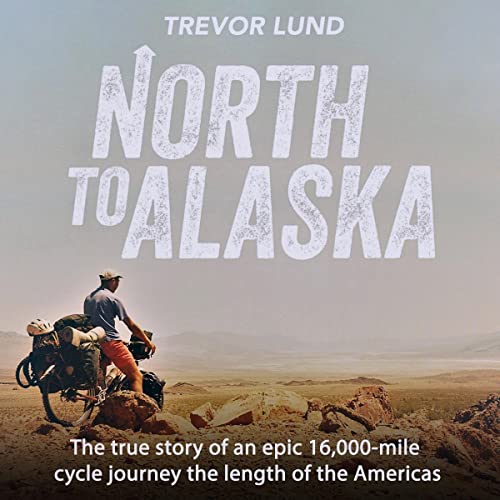 Ever since I cycled down the west coast of Canada and the United States as a means of saving the bus fare on a round-the-world trip, I dreamed of cycling the whole length of that landmass, from the southern tip of South America all the way up to the Arctic Ocean. Returning home to a job I didn’t enjoy, that dream burned at my mind until, as a mature student in 1999, I was given the opportunity to take a year out and decided now was my time.

This was at a time of huge advances in communication technology, but I chose to journey without a mobile phone or any other means of communicating with the outside world—something we might struggle to comprehend these days. If I got into trouble, if I got injured, if I became lost, it was up to me to sort myself out. No close friends were willing to leave the comforts of home, so the fledgling internet did at least prove useful in finding a travel companion. But within nine days of the start of my journey, I found myself alone, close to the bottom of the world and with many thousands of miles of the unknown still ahead.

This book tells how the desire to fulfill a burning 10-year dream helped me overcome illness, injury, exhaustion, loneliness, and so much more; how I, a normal guy from a working-class family in Leeds—among many other adventures—found myself singing to bears to keep them at bay; ran out of water crossing the driest desert in the world; had a volcano rain ash down on me; and found myself hiding out from bandits most nights while pedaling through Mexico.

What listeners say about North to Alaska

An enjoyable listen for the genre

I read/listen to very many travel adventure books. This is not the best of them, but then the best are naturally rare bunch. This is just good interesting travel writing from a non-professional writer. He reads the book himself (perhaps for cost reasons) and his reading style is a bit flat, but this should not detract from a remarkable achievement in support of a wonderful charity. He endured and overcame many things on the ride and doesn’t moan about the hills or saddle sores as some writers do (and I would moan in their place, believe me). If you like this genre of writing, buy your copy and enjoy it.

I was hooked with the account of the trials and tribulations encountered of the adventure.

Not my usual read but gave it a chance, oh my days, what a great read! Thank you for sharing such an amazing adventure. You had me hooked start to finish.

My lust for adventure multiplied exponentially after listening to Trevor Lund's story. His feat of endurance and ability to overcome challenges such as cycling with a dislocated shoulder and a broken rib and staring down bears in the wilderness make his tale incredibly entertaining and an educational masterpiece. How can one man endure so much and develop the inner fortitude to continue pedaling in the face of adversity? And he wasn't slacking off at all during his journey- cycling the length of Mexico faster than Lance Armstrong's Tour de France training pace. Grit and persistence are some of the most important skills one can develop, and we watch Trevor develop them through his vivid prose and skillful storytelling.

A great performance by the author makes the story all the more personal as I felt like he was in the room next to me telling me his adventures over a cup of tea. The narrative contains priceless bits of wisdom on the value of freedom, the beauty of friendship, and the vastness of nature. I'm looking forward to Lund's next book and will be cheering him on during his next journey.

Listen to Trevor Lund's tale and be inspired to go for your dreams and never let fear defeat you again.

a captivating story of a young cyclist who endeavors for the ride of his life forever goes from the deepest elation to the deepest despair. throughout this story. The people he meets are interesting and well described, but his consistent, whining and complaining about his body problems and road is tiring, Trevor should have found someone to read the book because his constant emotion makes it difficult to listen and the volume of the various segments makes me consistently trying to adjust the loudness control I enjoyed his descriptions of the mountains and streams and overall natural beauty