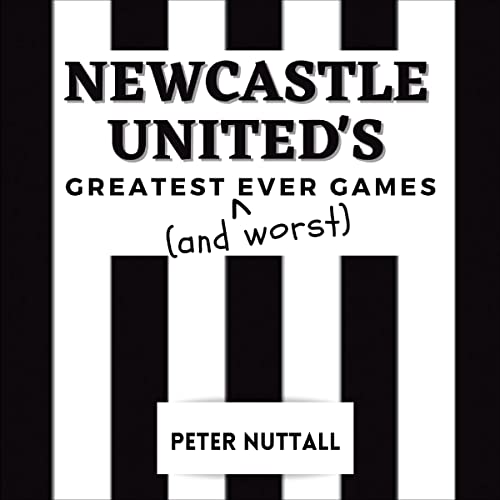 By: Peter Nuttall
Narrated by: Jamie McLean
Try for £0.00

If you've supported Newcastle United long enough, you will have experienced every single emotion that it is possible for a human being to feel.

You'll know how it feels to win 8-0 despite being bottom of the league and you'll know the delight of winning a game at Highbury, outplaying the opposition in the process. However, you'll also know the desolation of losing 7-3 with a team of 11 supposed internationals, the pain that is seeing Frank Pingel introduced as a second half substitute because he is better than what's already out there, and you'll wince at the names of Graeme Fenton and Ronnie Radford, which will tap directly into your nervous system and cause at least one, if not all, of your limbs to spasm.

You'll have seen goals to grace the Maracanã and mistakes to grace You've Been Framed. You'll have seen players from both ends of the spectrum on the same pitch at the same time and wonder how a player like Alan Shearer could have been in a position where he'd been asked to interact in some way with Albert Luque, Des Hamilton, and Silvio Maric for the greater good.

So come with me now as we take a look at some of the greatest and not-so-great games in this wonderful club's glittering history.

What listeners say about Newcastle United's Greatest Ever Games