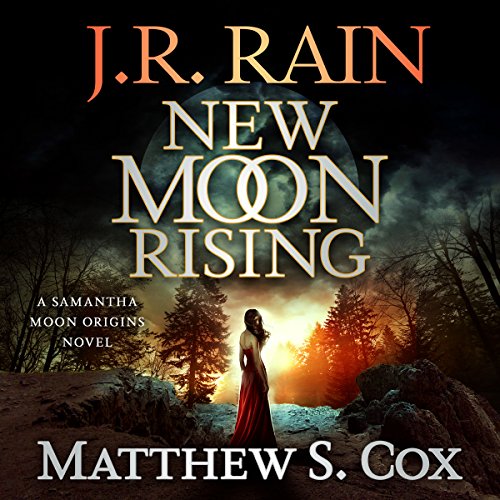 Samantha Moon hadn't always been a vampire. Once, she had been a wife and mother, happily married to her soul mate and raising two adorable kids. Once, she had been a federal agent investigating a world teeming with sophisticated scams, drugs, human trafficking, and violence. She had hippie parents and a caring sister. She had a small home with an irritatingly detached garage. She had friends, colleagues, and normalcy.

That is, until she caught the eye of something evil....

But first, she has a job to do. When her HUD team of federal agents is sent in as backup on a drug raid, she spots a mysterious business card on the fridge. Later, she finds the same card during a routine inspection. Convinced the narcotics traffickers are more widespread than initially thought and are taking advantage of those in need, Sam can't let it go - even after the gang tries to send her a message written in lead.

Yes, her days at the Department of Housing and Urban Development are typically boring, her worst fear a paper cut, but little does she know that she has attracted the attention of something dark and hungry. Something that's about to steal her mortal life...and change her forever.

It was interesting to hear how Samantha Moon became a vampire before I start listening to Vampire For Hire series.

the whole book feels like a set up for the next book. it was written well enough to get me to give the next book a chance.