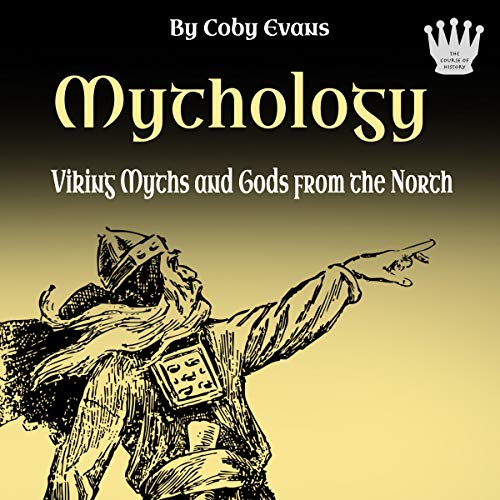 Mythology: Viking Myths and Gods from the North

Become familiar with the gods and goddesses of ancient Viking mythology, the conquerors who set off on trips across the seas and oceans from the north. In this guide, the main legends, the heroes, the rituals, and their struggles are highlighted as the best-known myths from Scandinavian beliefs. You will listen about Ragnar Lothbrok, Odin, Thor, Freya, and Hel. You will listen about their marriages, their relationships, and their battles and secret, supernatural powers. Become aware of how these mythological entities have influenced the culture then and now.

What listeners say about Mythology: Viking Myths and Gods from the North

Books like this make my day. I have always been interested and fascinated by the viking world. The how to train your dragon style comes out here, but less kiddish. The story of Ragnar was amazing. The other gods and goddesses remind me of video games, and the narrator does a great job making everything come to life.

This takes me back

This takes me back to the stories we studied in elementary and middle school, as well as the Marvel movies about Thor. Great myths. I didn't know there were so many players (i.e. gods and goddesses) in Norse mythology. There you have it. It's great.

Wow. Could you please give me more of this? The legends, the heroes, the so-called gods, the seemingly omnipotent but seductive female goddesses who exert their powers for the good and bad of mankind in the epic northern hemisphere of the European, ancient world... I could go on and on praising the plots and storylines of these myths, but I have yet another mission to fulfill in this life. My review should suffice, and it should suffice to pique your interest to the degree of considering this jewel of an audiobook. Enough said. I depart.

These tales from the northern European part of the world have made me think. They've made me curious, but after the book, my curiosity was satisfied. Thank you for those awesome stories.

I always imagine these warriors with beards when I think of Norse mythology. This book definitely did not disappoint. The most important facts, stories, legends, warriors, and more were all covered. I mean, it's a 4-hour book, right? So what do you expect?