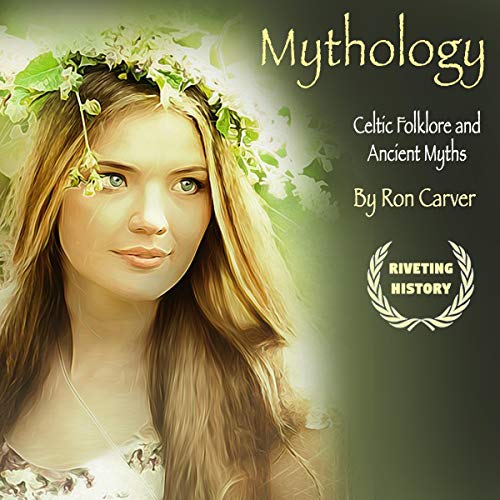 By: Ron Carver
Narrated by: John Griffith
Try for £0.00

This is an audiobook that will help you become familiar with the gigantic world of Irish folklore, the Celts, and so many mysteries that have often been left out at school, but are, nonetheless, just as fascinating as some of the Greek or Roman cultural anecdotes.

Dive into the world of fairies, goddesses, heroes, giants, and Selkies. Learn about the mysteries of the ancient world on the British Isles, as well as on the mainland in the old European nations.

What listeners say about Mythology: Celtic Folklore and Ancient Myths

Interesting facts spoiled by a uninteresting story teller..
The history of the Celtic race is needed for the diaspora.

one minute into the introduction the author mentions the myths of the 'negroes'. That sealed this book's fate for me.

Ooooh this is good

These kinds of stories are so intriguing. I love the Celtic historical background and the stories that came from that part of the world. Forget Greek mythology. This stuff is even more fascinating.

This is fascinating stuff, as it goes over certain creatures and the Celtic history that relates to their myths. One story was very long in particular, but I was okay with that. It was nice to listen to.

The mythology from around the world we know, is very limited. The Celts had their own set of gods, elves, myths, and folklore stories. This book does a great job showing those.

I recommend this because it goes over the main aspects of Irish and Celtic mythology. I was impressed with the narrator, and I really enjoyed listening to it.

A good primer of Celtic Folklore. It starts out with their most famous stories and ends with an education on the Celts, Druids, etc. Also well organized and easy to follow...unlike another audiobook on Celtic Mythology that I had to return. Highly recommended.

this book sounded like trying to listen to television through a wall. the description says "Dive into the world of fairies, goddesses, heroes, giants, and Selkies" but 2 hours into the book we're still hearing the life stories of Finn and Dermot.

I was really hoping to get more fae lore and the Fomor.

Seems more tale oriented than focusing on structure, deities, and historical beliefs. Narrator stumbled at times restarting sentences were left in I don't know why this wasn't simply edited out?

This is more of a history of Celtic mythology & not an actual book of myths. Its informative & interesting but not what I thought it was going to be.

The stories are common if you’ve ever toured Ireland.
If you haven’t been, go to hear these stories! It’s better with an accent and the Irish are amazing story tellers!!

Amateurish writing at best. Seems like it's written for children in the first section (Fenian cycle myths), then goes into a dry and incoherent listing of facts. Narration is awful, the narrator is lifeless boring and pronounces many Irish words incorrectly (e.g. samhain as "som-hayne", Oisín as "oy-sin"). Editing is terrible, there's numerous points where the narrator reads the same sentence twice because the different recording takes weren't spliced together correctly. At one point you can hear the narrator sighing and several mouse clicks before the chapter ends.