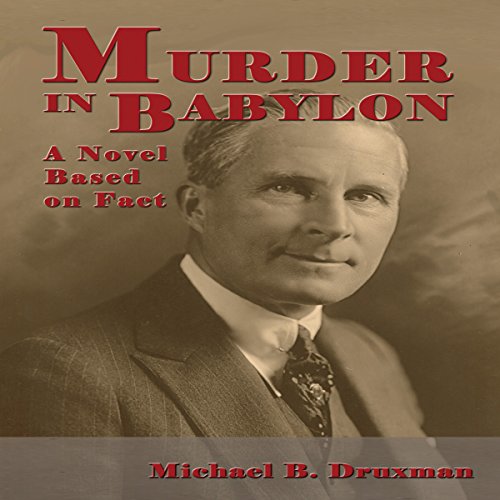 Murder in Babylon: A Novel Based on Fact

By: Michael B. Druxman
Narrated by: Fred Frees
Try for £0.00

On the evening of February 1, 1922, silent film director William Desmond Taylor was shot to death in his Los Angeles home. The murder, coming on the heels of the Fatty Arbuckle scandal, shocked the Hollywood community and the country, resulting in reform groups labeling the film capital a "modern day Babylon", and demanding that movies be censored or, in some communities, even banned.

The murder itself was never officially solved, but subsequent revelations about the director's unsavory past, as well as his recent secret activities that took him into the Los Angeles underworld, would keep the case alive in the nation's press for almost two decades. Because of their relationship with Taylor, it effectively end the careers of two popular screen stars, Mabel Normand and Mary Miles Minter.

Ben Birnbaum, a reporter for the Los Angeles Dispatch at the time of the murder, covered the Taylor case for those two decades; once almost being killed for his efforts. His posthumous memoir details his day-to-day investigation to unravel Hollywood's most baffling mystery.

What listeners say about Murder in Babylon: A Novel Based on Fact

For anyone with a more than passing understanding of the unsolved murder of William Desmond Taylor, this "novel based on fact" offers little new material. Instead of presenting the story as straight non-fiction i.e. "Tinseltown" and "A Cast of Killers," the author creates a fictional journalist to basically narrate the facts of the case as it unfolded. This device works to an en extent, at least until the fictional aspects of the book become forced and distracting. For a newbie this book serves as a primer to the Taylor case, nothing more.