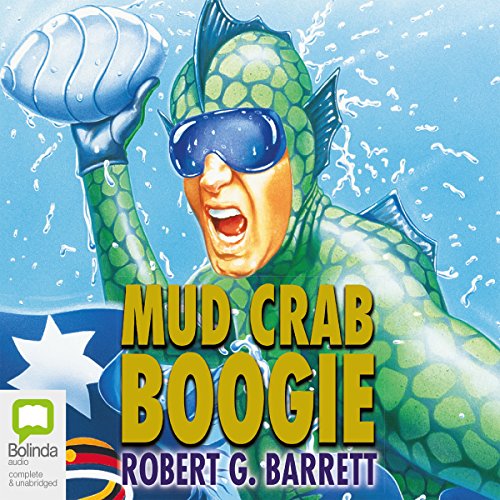 By: Robert G. Barrett
Narrated by: uncredited
Try for £0.00

Robert G. Barrett’s eponymous pubgoer Les Norton indulges in some lighthearted lad-ishness as he hits the Extreme Water Polo circuit, setting up a rowdy rumble between the Murrumbidgee Mudcrabs and the Sydney Sea Snakes. Storied actor David Treddinick (The Secret Life of Us, Blue Heelers) captures the heedless audacity of Les, as he follows the boyish bloke on his manifold bust-ups with beers, brawls, babes, and backroom business dealings. Treddinick lends effortless authenticity to his fictitious countryman, casually capturing the drawling, laconic lingo and turps-swilling tendencies of Barrett’s famous Aussie battler.

Look out Wagga Wagga. Les Norton's in town and he feels like dancing. Extreme Polo. The wildest game on water. That's what it said on TV. All Les had to do was drive down to Wagga Wagga for an old mate who owed him a favor, Neville (Nizegy) Nixon, and pick up the Murrumbidgee Mud Crabs. Then keep them at Coogee till they played the Sydney Sea Snakes in the grand final at Homebush Aquatic Centre. And naturally there would be a giant earn in it for him. "Why not?" thought Les, he had the week off from work. Next thing, Norton was on his way to the Riverina to meet the locals, the lovelies and oogie, oogie, oogie.

Do the Mud Crab Boogie.

From the first word to the last. This book was a good distraction from the hours of boredom of long driving. As the Les Norton adventures books I have heard before he always finds a way of coming out smelling like roses.

I don't know who this narrator is but he's awful. The difference between characters is hit and miss and he really over does the "blokishness" emphasis. It's a struggle to get through to be honest.

Not his best but still grouse

Not his best but still grouse. Performance. Good. Story line not up to Normal. standard