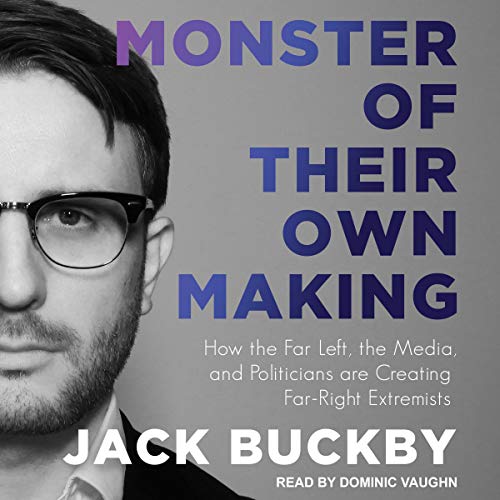 Monster of Their Own Making

By: Jack Buckby
Narrated by: Dominic Vaughn
Try for £0.00

Recounting his experiences among far-right terrorists and extremists, Jack Buckby shows how conservatives and liberals are both wrong about the far right.

As a teenager in a working-class English town, Jack Buckby found himself at the center of the biggest nationalist movement in modern British history. Looking for a political group that championed working people concerned about mass immigration, he stumbled into a world of anti-Semitism, racist paranoia, and extreme-right violence and terrorism. Through those experiences, Jack explains how both the left and the right fundamentally misunderstand what it means to be "far right" and why young men are becoming radicalized across the Western world.

Through a three-pronged attack carried out by the media, negligent politicians, and far-left ideologues, the white working class is being backed into a corner and forced to either be quiet or get radical.

What listeners say about Monster of Their Own Making