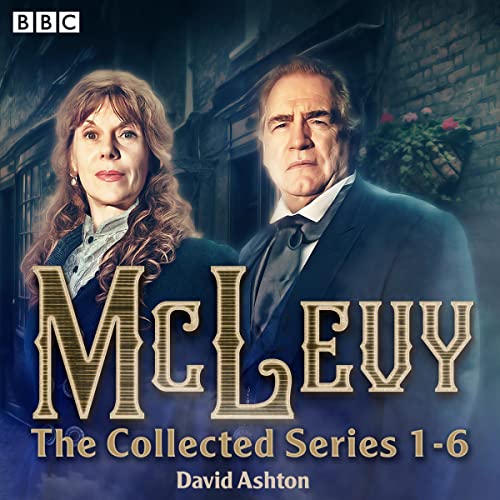 Based on the real-life memoirs of the 19th Century investigator who inspired Sherlock Holmes, Inspector James McLevy, this atmospheric mystery series features the fictional casebook of Edinburgh's finest thief-taker. Accompanied by his loyal partner, Constable Mulholland, McLevy prowls the murky streets of 1840s Leith bringing criminals to justice—assisted by the madam of Edinburgh's finest bawdy-house, the deliciously immoral Jean Brash.

In this collection of thrilling episodes, he goes on the trail of an ingenious cat burglar; contemplates a game of golf with desperate stakes; and joins Her Majesty's protection squad to hunt down a deadly assassin. He also faces trouble in the shape of a runaway bridegroom and a blackmailer; probes a judge's murder as his allegedly cheating wife claims her innocence; and looks into the curious case of the Italian aristocrat found dead at Waverley station. Meanwhile, Jean Brash plans revenge on a sadistic client—but her deadly battle with the malign Caleb Grant has heartbreaking consequences...

Also included is the original pilot show, introducing us to the dour detective; and a Christmas Special, in which McLevy forswears Yuletide revelry to hunt for a supernatural thief...

"Evokes Auld Reekie so vividly that you can feel the cold in your bones and the menace of the Old Town's dark corners." (Financial Times)

What listeners say about McLevy: The Collected Series 1-6

What's not to like, Brian Cox Siobhan Redmond and auld Edinburgh. My home City, so a delight to listen to familiar accents and old Scottish expressions. Michty me!! I'm aboot tae start series 7. I can't recommend highly enough. The will they, won't they aspect will keep you listening if nothing else.

I can’t fault these stories, they are so well delivered. I could imagine the scene and as I have visit Edinburgh especially Leith and walked it’s streets and followed the water I could visualise the events in each story as they unfolded.