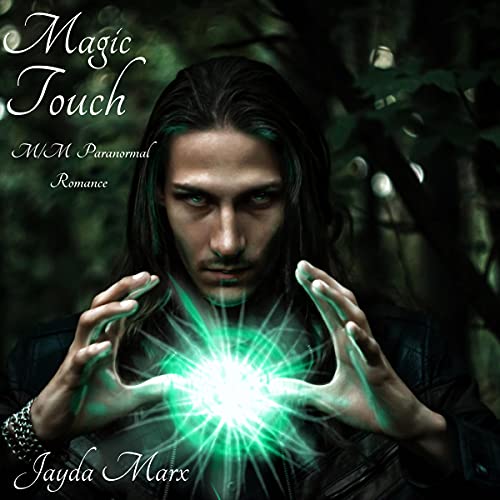 By: Jayda Marx
Narrated by: Zachary Zaba
Try for £0.00

Indigo has a charmed life; he lives in a village with the other mages in his coven and is surrounded by family and friends. The only thing he's missing is someone to share his life with. For weeks, a door has appeared to Indigo in his dreams. Every time he looks upon it, he’s engulfed by the feeling that it contains something life changing; that everything he desires is kept from him by two inches of wood. He tries everything to open it, from enchantments to brute force, but it stands firm.

After nights of torment, the door finally opens, revealing to Indigo the most stunning man he’s ever seen. He’s both comforted and vitalized by his presence, and knows without a doubt that the man is his beloved; his match hand-picked by Fate. But his mate is human, which is unheard of in his magical world. Could the vision be a ruse, or a dream come true?

Puck has spent his whole life bouncing from one foster home to the next. He feels like a nobody from nowhere because he’s never stayed in one place long enough to form lasting friendships. Being the lonely, awkward gay kid made him an easy target growing up, and he’s carried his mistrust and insecurities into adulthood. One night, a man appears to him in a dream and fills him with emotions he’s never felt; comfort, acceptance, and love. When his dream man appears at his doorstep to whisk him away, could it all be a trick, or the beginning of the adventure of a lifetime?

Magic Touch is a tale of enchantment, true love, jealousy, greed, and revenge, where not everything is as it seems. It contains insta-love, sweet and steamy moments between fated mates on a fast track romance, and a very happy HEA.

What listeners say about Magic Touch

I bought this because I saw it was narrated by the excellent, underrated Zachary Zaba, but I have to confess I let it sit in my library for a week or so because I was sort of worried I wouldn't like the character of Puck. Not because of anything in the blurb, but because of his name. Ok, that sounds silly, but I don't like overly sassy protagonists and for some reason I got it in my head that any character named Puck was going to be sort of... well, puckish.

But no, he's just sweet and lovely, gracious and generous. Not unrealistically so, and he does have a lot of spirit, but there's none of the obnoxiousness that haunts more than a fair share of m/m protagonists. His love interest, Indigo, is brave and true and devoted. The two characters fall in love rather quickly (though at a normal pace for Jayda Marx characters, if that means anything to you), but there's magic and fate involved so, for me, that's forgivable. Avoiding the less savory of the squicky alpha/omega dynamics that pervade a lot of fated mate novels, these characters, though unequal in power, are equal as people and state so many times throughout the book. The book is also devoid of politics, which for me is refreshing in an m/m romance.

I already stated it, but I absolutely love Zachary Zaba as a narrator. His voice is a pleasant combination of masculine and soft, and the two voices for Indigo and Puck are distinct, which is important in a book narrated in first person with POV switches.

If I were absolutely forced to complain about something, I'd say the book was slightly too short. Even though it's longer than a lot of audiobooks, the time absolutely flew by and I found myself wanting more (though if there were more, it should be inserted in the middle, where things feel just VERY slightly rushed). But this book is well worth your time and money, and I can see myself listening to it as a good comfort read more than once. Very highly recommended.

Had high hopes for a story involving mages and MM romance. Sigh. It was like reading a story written by a high school student.