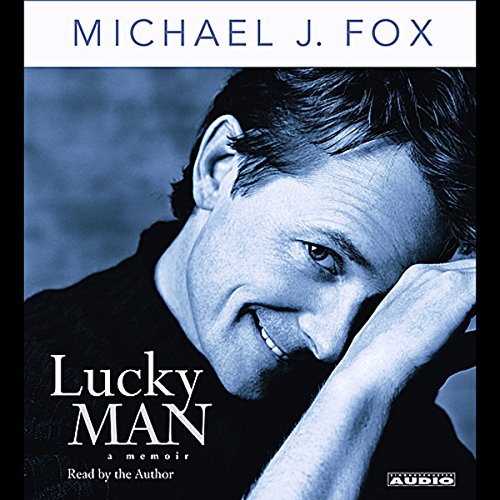 In September 1998, Michael J. Fox stunned the world by announcing he had been diagnosed with Parkinson's disease: a degenerative neurological condition. In fact, he had been secretly fighting it for seven years. The worldwide response was staggering. Fortunately, he had accepted the diagnosis, and by the time the public started grieving for him, he had stopped grieving for himself. With the same passion, humor, and energy that Fox has invested in his dozens of performances, he tells the story of his life, his career, and his campaign to find a cure for Parkinson's.

Combining his trademark ironic sensibility and keen sense of the absurd, he recounts his life, from his childhood in a small town in western Canada to his meteoric rise in film and television, which made him a worldwide celebrity. Most importantly, however, he writes of the last 10 years, during which, with the unswerving support of his wife, family, and friends, he has dealt with his illness. He talks about what Parkinson's has given him: the chance to appreciate a wonderful life and career, and the opportunity to help search for a cure and spread public awareness of the disease. He is a very lucky man, indeed.

"In a direct, conversational style Fox gives listeners a glimpse of his heady Hollywood life, starting with his early success in Family Ties and Back to the Future. The self-indulgent days as a young star through his denial and hiding of his illness to his final acceptance and then advocacy for Parkinson's sufferers make a fascinating story." ( AudioFile)

What listeners say about Lucky Man

Always been a fan of michael j fox eversince back to the future movies, was genuinely upset when it came out about mj having parkinsons, I myself have now been diagnosed with with parkinson's in March 2018 at the age of 42 this book has given me hope and want to thank Michael from bringing me back from a dark place making me realise I do have a future thank you for all you have done and continue to do for parkinson's research you are an amazing man.

Abridged version didn't do justice to his story

Not well abridged, he seemed a little arrogant without much of the intriguing background. A shame.

what a inspiration!! what a man!!

loved it, what an incredible inspiration man!! I'm definitely going to read more by MJF and can't wait to see what he achieves next. Thank you.

A great and very honest insight to the life of Michael J Fox, both brave and inspirational.

Interesting read that gives background leading up to his diagnosis of PD and how it has impacted his life.
Overall interesting read hopefully there will be a cure for PD in the near future

Very interesting and entertaining book. It’s nice to know about Michael’s early life as well as his film career.

Not all about Parkinson's!!

The first chapter of this book started talking about Parkinson's and I thought, "Oh no, this'll skip his entire career." But luckily it didn't, you time skip back to his earlier days and get a decent coverage of his life.

The story does seem a bit Parkinson's heavy post-childhood but then it has affected a huge portion of his life and career. He did tremendously well to carry on as he did for so long. I do wonder if in the abridgement process they decided to keep the Parkinson's bits and lose some other anecdotes though.

Overall it was quite interesting. I learnt a bit more about an actor whose works I have enjoyed. I think I would recommend this to anyone but the full book would likely be better. The narration was good.

An easy and very moving powerful book. Its not just about Michael's career but more about what he did, how he did it and how much stronger he is from it.

Such a moving account of one mans struggles to come to terms with Parkinsons. The impact on family life and personal mental turmoil.

The True Story of Onset Parkinson's - Life Goes On

I should state that I have 2 disabling neurological diseases; Post-Polio and Guillain-Barré. So I am looking through the lens of someone who has gone through many of the same experiences, physically and mentally, as Michael J. Fox. In fact, that is the reason I chose to listen to this book.

Only someone who has a progressive disabling condition can tell the story, and Mr. Fox does an excellent job. As a narrator he is natural, relaxed, as if speaking a to close friend. He describes the challenges of dealing with the inevitable, in a matter of fact style that draws the listener into his world. It is an almost impossible task to explain the mental and physical effects to someone who has not experienced a disabling condition. Yet, as author and narrator he tells the story of the onset of Parkinson's as it happens. Being told by doctors that he is too young, hiding the symptoms from his employer, knowing that something is seriously wrong. (Disclaimer, my own experience parallels his so closely, that I can attest to his honesty)

For someone who has a disability his story resonates without a sense of pity. It is comforting, in astrange way, to relive the experiences, knowing that you are not alone. For those who do not have a disability his book is educational, and on its own merit a well told tale. I wish everyone would listen to Michael J. Fox tell his own story in his own words. I wish that people could understand what a person with a disability goes through, the world would be a kinder place.

The fact the he is a celebrity reaching the peak of his career when Parkinson's begins, adds an element of interest apart from his disease. The book is not depressing, it is even humorous at times. It is the story of a very likeable person, a husband, loving father and a hard working actor. Lucky Man is the first of Michael J. Fox's trilogy. Having thoroughly enjoyed this book, I bought the other two. I can't wait to listen to those books as well.

I didn't realize I bought the abridged version. Back when this book first came out, I read it and enjoyed it very much. This abridged version is a hollow shell of that book that loses the depth and details necessary to truly connect and engage the listener with the story. It is too choppy and detached. Hence, my rating slides from a 5 to a 3.

Not Bad for a Celebrity Story

I really do loathe celebrity books but I do occasioanlly get sucked up by curiosity to see what they say. There was not the typical dissappointment with this purchase.

As a nurse, I appreciate not only the simple explanation of MJF's experience of acknowledging his symptoms but also his explanations of diagnosis and treatment. No chronic illness is easy, especially for someone in the spotlight. It is sad that there is the "need" to try to hide an illness.

MJF is definitely an inspiration as a human being struggling with a devastating disease such as Parkinson's. I hope many benefit from not only the manner with which he handled his disease but also from his significant efforts to help the common man who find themselves in the same situation.

I encourage others to support the cause and read this book. Well done, Michael.

I couldn't even get through the first chapter without consulting my dictionary at least 20 times. I love an author who can expand my vocabulary. This memoir has helped me to a deeper understanding of my mothers struggle with Parkinson's. God bless Michael J. Fox.

I wish I'd listened to the unabridged version

I completely missed that this was abridged version. I'm not sure if there even is unabridged version as an audio book, but if there is, listen to that instead. It can only be better.

That was pretty much the only downside worth mentioning about the listening experience. Michael reads the book him self, which really makes it so much better. The story is heartwarming yet honest and humble. He admits his problems, talks about'em openly and tells what are the most important things for him. He does not preach or try to be condescending.

If there has to be some other downside it is that only so much trivia and stories can fit into a book, especially abridged version. I really hoped there would be even more stories on back scenes of the movie sets and such. Michael seems to be pretty protective on his personal life what comes to his family, so that part is kept relatively shallow.

I thought I liked Michael J. Fox before, but now I like him even more. If you think you do, too, it's certainly worth listening.

finished it in 2 days couldnt put it down. im newly diagnised as early on set 53yrs old.

I have loved MJF most of my life. To hear him tell is story made my heart happy.

Great story of his inspirational journey.

I listened to the abridged audio book as it was read by Michael himself and it was lovely listening to him telling his own story. I didn't find it as emotional or as touching as i was expecting and moments that i was expecting to be teary just weren't. Not sure if this was it due to it being an abridged version and parts had been left out, as i found the story to jump around a bit and the poignant moment at the end with the walnut tree just seemed a bit lost.

Still a great story about an inspirational man.

Great book! Fox is really a fantastic actor and great fighter for difficult life. I love to see him keep acting.

This is must read!

Michael J. Fox presents himself and his illness with unusual honesty for an A-List actor. From his youthful days as a wandering and at times misguided teenager, to his stint as an in demand Hollywood star, Mr. Fox reveals his fortunes and fears with unabashed candor. This is a must read for fans!