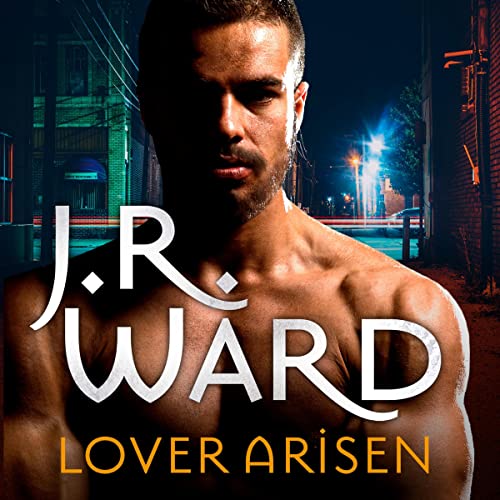 Possessed by the demon Devina, Balthazar is once again on the hunt for the Book of Spells—and fighting an undeniable attraction to a woman. As a thief, he has stolen a lot of things...but he never thought his heart would be taken by another. Especially not a human.

As a homicide detective, Erika Saunders knows there is something otherworldly going on in Caldwell, New York. Mutilated bodies that cannot be explained are all over her case list—and then there are her nightmares.

When Devina's wish for true love is finally granted, Balthazar and Erika unwittingly become the gateway for the rebirth hunted by shadows and captivated by a mysterious man who is both a suspect and a savior of an old enemy of the Brothers. Will the very thing that brings them together lead to the ultimate destruction of the Brotherhood? Or will they have to lose everything in order to save the race's most sacred defenders?

Find out why listeners are obsessed with the Black Dagger Brotherhood....

What listeners say about Lover Arisen

TWENTY BOOKS IN AND STILL FRESH

With a J.R. Ward book you’re guaranteed great world-building, snappy dialogue, evil monsters, action, drama, brotherhood and a rollercoaster romance between a Paranormal and his destined mate. And this was every bit as exciting and enjoyable as all the others.. but it has a dark, sad, heartbreaking element too because a sacrifice will have to be made. Vile demons, entities, a sinister magical book, a few of the original Brothers and much.. much more are all weaved within a storyline of a BDB vampire falling in love with a damaged mortal Cop. And their rollercoaster journey is a hazardous dangerous one!

Worth a credit? Yes, and right from book 1 I’ve loved each and every one of the Black Dagger Brotherhood books. I’ve rooted for them in their fight with the Omega and his Lessers,.. I’ve watched them all fall in love and overcome the chaotic challenges to be together.. and I’ve smiled at their tight brotherhood and joking around. However, the gravity of the sacrifice, made by one who has always been a source of light and happy, dimmed my high slightly. Jim Frangione IS the voice of the BDB characters.. and long may he continue.

Really loved this audiobook / ebook.
Silently read along whilst Jim Frangione’s voice filled my ears. What better way to enjoy a book.
I wait patiently for each Black Dagger Brotherhood instalment and this one did not disappoint.
Enjoyed Balthazar and Erika’s chemistry along with the demon Davina and all her antics.
Looking forward to reading the next Brotherhood book to continue the story.