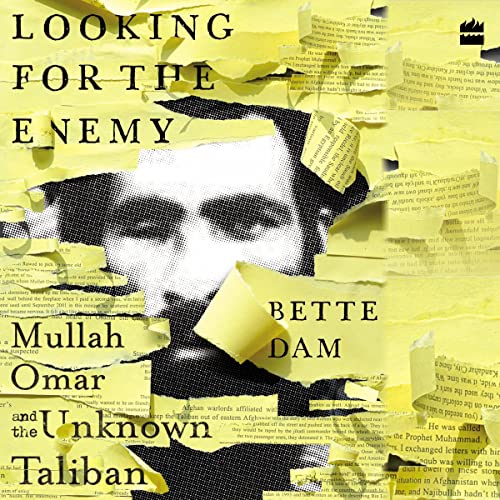 Looking for the Enemy

By: Bette Dam
Narrated by: Melita Cameron-Wood
Try for £0.00

"Bette Dam was one of the very few Western journalists to gain real access to the Taliban movement." (The Guardian)

For 20 years, the Taliban was the number one enemy of Western forces in Afghanistan. But it was an enemy that they knew little about, and about whose founder and leader, Mullah Omar, they knew even less.

Armed with only a fuzzy black-and-white photo of the man, investigative journalist Bette Dam decided to track down the reclusive Taliban chief a decade back. But in the course of what had seemed an almost impossible job, she got to know the Taliban inside out, realized how dangerously misinformed the global forces fighting it were, and made a startling discovery about the elusive Omar's whereabouts.

The outcome of a five-year-long pursuit, Looking for the Enemy is a woman journalist's epic story that takes the listener deep into the dangerous mountains and war-ravaged valleys of Afghanistan as it throws up several unknowns about an organization that is now once again at the helm in one of the world's most fragile states.

What listeners say about Looking for the Enemy

Compelling read on the world’s most elusive leader

Superb, well researched book revealing many new strands into the secret life of the woods most wanted man.
Bette Dam refuses to swallow the propaganda & false narrative as put out by those with an agenda of their own.
Turns out the enigmatic spiritual leader of the Taliban was never educated in the madrasahs of the old NWFP territory of Pakistan nor did he die in Pakistan.
It seems while numerous intelligence agencies tried & failed to track down the elusive one eyed leader he was hiding all along in walking distance of a U.S. military camp in Kandahar frequented by special forces.
This is a heroic read by a journalist who fearlessly pursued the truth by following in the footsteps of a man who was so secretive in life, the world didn’t find out about his death until two years later.
Loved the narration by Melisa Cameron-Wood. The whole book made a long car journey to London & back fly quickly by.
Even if you’re not interested in Afghan politics, this is a thrilling adventure story based on a journalist determined to pursue the truth regardless of the very real risks in a volatile country plunged into a futile 20 year conflict & US occupation.
Thank you Bette Dam for refusing to be spoon fed in a world infected by lazy and flawed journalism.

This was very well done and provided what I felt was a very honest presentation of facts and experiences. I definitely recommend!