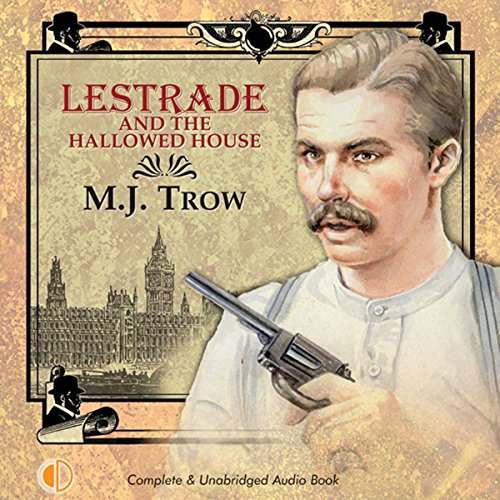 Lestrade and the Hallowed House

Inspector Lestrade is called upon to investigate the brutal death of Ralph Childers, MP. It is but the first in a series of perplexing murders that lead Lestrade around the country. The connection between the victims appears to be politics. Is someone trying to destroy the Government? It would seem so, particularly when a bomb is found in the Palace of Westminster. During his investigations Lestrade encounters some old and some new faces. Amongst the new ones are the brother and cousin of the late Sherlock Holmes. But is Holmes really dead? Dr Watson doesn’t think so. Someone wants to keep Holmes alive and Lestrade is forced to “tread the boards” (playing himself) to discover the truth.

What listeners say about Lestrade and the Hallowed House