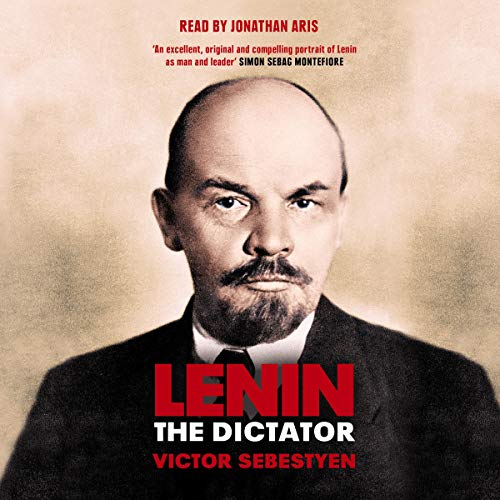 By: Victor Sebestyen
Narrated by: Jonathan Aris
Try for £0.00

Victor Sebestyen's intimate biography is the first major work in English for nearly two decades on one of the most significant figures of the 20th century. In Russia, to this day, Lenin inspires adulation. Everywhere he continues to fascinate as a man who made history and who created a new kind of state that would later be imitated by nearly half the countries in the world.

Lenin believed that 'the political is the personal', and while in no way ignoring his political life, Sebestyen's focus will be on Lenin the man - a man who loved nature almost as much as he loved making revolution and whose closest ties and friendships were with women. The long-suppressed story of his ménage a trois with his wife, Nadezhda Krupskaya, and his mistress and comrade, Inessa Armand, reveals a different character to the coldly one-dimensional figure of legend. Told through the prism of Lenin's key relationships, Sebestyen's lively biography casts a new light the Russian Revolution, one of the great turning points of modern history.

What listeners say about Lenin the Dictator

Knew only the basics about Lenin (and much of what I thought I knew turned out to be contradicted by this book) and so it was exactly what I was looking for.

Thoroughly enjoyed the book and the performance
Hard for a male to do female voices , which I found a little jarring is only minor criticism

Lots of detail on Lenin in the pre-revolutionary years and provides into how his uncompromising mindset developed.

amazing detail on the life of Lenin. read clearly and with great enthusiasm. a great audiobook for any history fan

Narrator is wonderful and even does voices, including a marvelous slightly Pythonesque moaning child for Lenin which is spot on. After all Lenin was a boy-man who was still receiving subsistence money from his mother well into his forties.

How this ridiculous, pompous little man took over what was once a great empire is all laid out here. The chaos, the history of broken promises, the lies, the descent into state controlled tyranny. Hmmm, sounds familiar, eh? Do I need to draw you a map, sir?

This is by far the best read about this time of history ever!! No political bias, no national bias, perfect.