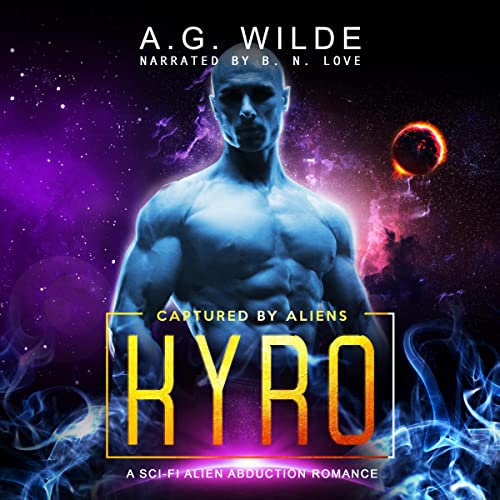 New city, new job, and then kidnapped by aliens?

Exactly the way Evren had seen her year going.

Add living on a base full of rebels, and, well, whoever was in charge of her destiny was definitely having some fun.

She’d probably have to become an intergalactic rebel, too...except, was that the path she was meant to take?

In the middle of figuring out her role in this new life, Evren finds herself drawing closer to a rebel that had rescued her: a tall, sexy alien named Kyro, whose presence makes her tingle in places that could get her in trouble.

He pulls her in a way she can’t understand - especially considering that he’s...strange.

He’s different from the others, and that’s probably because he’s holding a secret - and not even his brothers in the fight know about it.

It’s a secret so deep, she needs to stay away.

For her safety and for his.

But how can she resist when he keeps looking at her as if she belongs to him?

Kyro is a full-length stand-alone sci-fi romance featuring an alien rebel, a lovable heroine, and a possessive hero who would do anything to protect the one he declares as his own.

If you like sexy aliens, discovering new worlds, and steamy romance, check out Kyro. This stand-alone book contains steamy sex scenes with a guaranteed happily ever after, no cheating, and no cliff-hanger.

What listeners say about Kyro