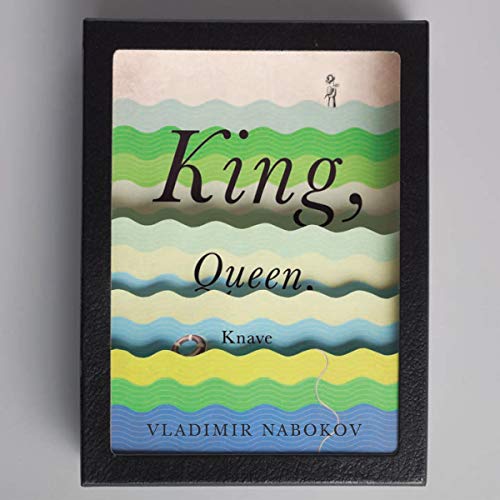 By: Vladimir Nabokov
Narrated by: Christopher Lane
Try for £0.00

This novel is the story of Dreyer, a wealthy and boisterous proprietor of a men’s clothing emporium. Ruddy, self-satisfied, and thoroughly masculine, he is perfectly repugnant to his exquisite but cold middle-class wife, Martha. Attracted to his money but repelled by his oblivious passion, she longs for their nephew instead, the thin, awkward, myopic Franz. Newly arrived in Berlin, Franz soon repays his uncle’s condescension in his aunt’s bed.

One of the twentieth century’s master prose stylists, Vladimir Nabokov was born in St. Petersburg in 1899. He studied French and Russian literature at Trinity College, Cambridge, then lived in Berlin and Paris, where he launched a brilliant literary career. In 1940 he moved to the United States, and achieved renown as a novelist, poet, critic, and translator. He taught literature at Wellesley, Stanford, Cornell, and Harvard. In 1961 he moved to Montreux, Switzerland, where he died in 1977.

“Nabokov writes prose the only way it should be written, that is, ecstatically.” (John Updike)

Nabokov blows me away. What appears to be a fairly straight-forward, Euclidian love triangle gets all doppelgängered-up at the end. While Nabokov said "of all [his] novels this brute is the gayest", I found it far more brute than gay. Only Nabokov could make the heavy themes of the pre-Nazi German psyche appear 'gay'. Not only is Nabokov able to get this cement kite airborne, but he is also able to make it seem light and nimble as it dances in the sunlight. You almost forget that he is writing about the dehumanization of the individual, the moral seduction and corruption of a nephew, and avunculicide. Don't sweat the bumbling Nazi in the making... that might just be Old Enricht's strange invention laughing next door.

Prefer to hear someone else narrate this one

Hard to listen to, as narrator attempting provisionally cute, wry, or quaint reading, to create an attitude, while I was longing for a straight-forward reading, to let the text itself do the work;
rather than hamming it up in a cloying narration style.

The narrator should have concentrated on clarity of speech and easy rhythm, in my opinion.

Nonetheless I don't wish to turn my followers off this version, as much listening satisfaction is down to personal taste.

Nabokov’s second novel, published in Russian in 1928, was translated into English and revamped by the author in the mid-1960s.

In other words, *this* version of the novel is by the mature author of Lolita, Pale Fire and Ada. It contains passages of incredible beauty. Do not overlook it.

I can't imagine a better voice. The characters are thoroughly developed in this way; the sardonic sarcasm maintained. Nabokov's wit is frustratingly humorous.

Genius Yet To Blossom

I really wanted to fall in love with this one as I had done with Lolita, but it's just not there. In fact, it's even a step back from Nabokov's first, Mary. Couldn't get through it. As I mentioned in the review for Mary, I don't know when Nabokov's genius actually sprung to life. At first my approach was going to be to listen to every book, but now I'm rethinking things, as I can't stand wasting time on material that is not worthy of it. So maybe I'll go ahead and go with the book before Lolita, and go from there. Along with all proceeding it. At some point his writing became so brilliant, so yeah, it's worth the hunt.