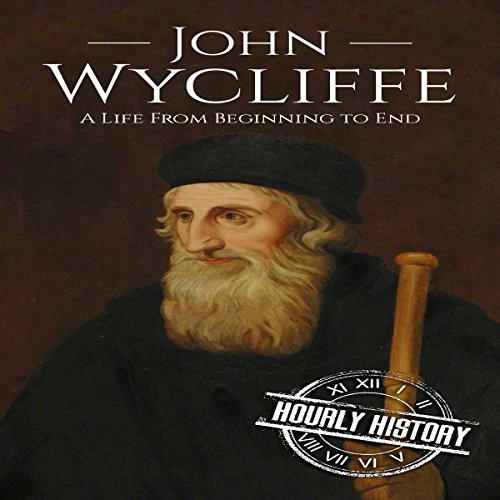 By: Hourly History
Narrated by: Mike Nelson
Try for £0.00

John Wycliffe was known as the “Morning Star” of the Reformation. His doctrines of strict adherence to the Bible and his attacks on the wealth and corruption of the Catholic Church would be the spark that would later ignite the fires of the Protestant Reformation.

Inside, you will hear about:

John Wycliffe was a man of the people who believed all should be allowed a personal relationship with God, and his scriptures gave the world the first English translation of the Bible. He is remembered as a brilliant scholar, philosopher and theologian, and a compelling preacher who touched the hearts and minds of noble and commoner alike.

What listeners say about John Wycliffe

Not much on his works and theology.

Good history, but if you are looking for a better understanding of Wycliff’s theology, this is not the book for that.

Wycliff's life was all about his beliefs, the author spent all his time exploring the politics. Does a good job but I was hoping to get his voice without diving deep into his writings guess I will.

Wonderful look at a fascinating man

This was a great book to listen to. Helped me to understand 14 century history a bit. Well spoken, an enjoyable voice. Highly recommended for a relatively short read

No mention of the greatest achievement of Wycliffe’s life: the Bible in English. Also, no mention of the peasants revolt. Wycliffe had no role in that but it affected subsequent events. I hope Audible will find a better book on Wycliffe.