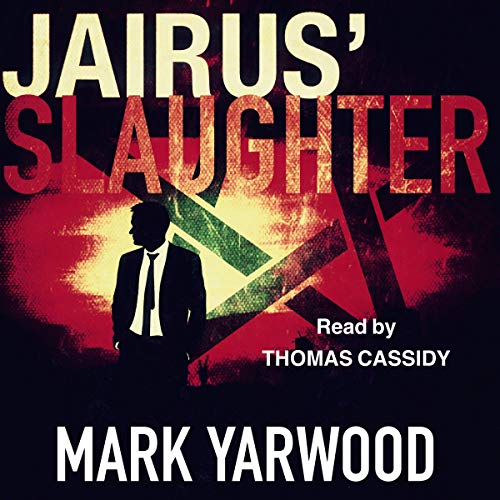 By: Mark Yarwood
Narrated by: Thomas Cassidy
Try for £0.00

He’s back doing what he loves...

On a cold winter’s morning, DCI Jairus finds himself in a forgotten house with only the dead for company. Two pensioners have been brutally slaughtered in a ritualistic manner, which seems to link back to a cold case.

Now sober and back on the force, Jairus finds himself facing a cold case from five years earlier that everybody thought was closed. After the massacre of a wealthy family, Rebecca Barclay-Cole was arrested and sent to prison for the murders; now she’s out, exonerated, and DCI Jairus must solve the mystery and find out who really murdered her family and the two latest victims.

But with only two prime suspects, Rebecca and her stone cold businessman brother, Joshua, Jairus finds himself sparring with the most dangerous family he’s ever met. And he must do all this while a sinister organization tries once more to bring him down.

What listeners say about Jairus’ Slaughter