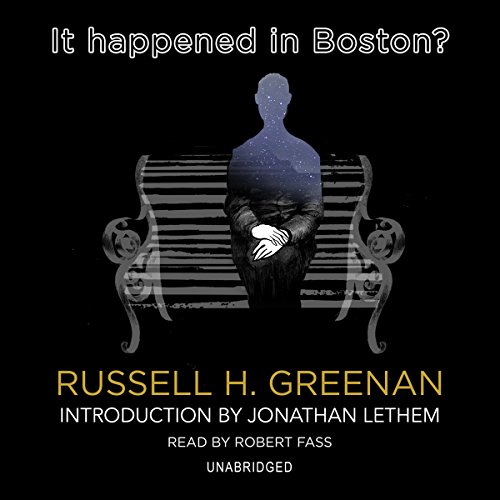 It Happened in Boston?

Originally published in 1968 to critical acclaim, Russell H. Greenan's brilliant, audacious mystery novel It Happened in Boston? quickly became an underground sensation and has emerged over 40 years later as a genuine cult classic. In this breathtakingly imaginative book - now appearing in audio for the first time - we enter the mind of an unnamed artist of prodigious talent and intelligence who is determined to correct the world's wrongs via a direct confrontation with the Almighty, no matter what the consequences. A spellbinding tale told by a memorably unreliable narrator, It Happened in Boston? places you inside a vivid world that brilliantly and surprisingly interweaves art, genius, love, madness, betrayal, God... and murder.

In 2003 IHIB? was reprinted by the Modern Library with a new introduction by celebrated writer Jonathan Lethem and an afterword by the author, both included in this audio version.

What listeners say about It Happened in Boston?

I didn't finish the book, not sure if I will. I enjoyed the art stuff but found it a bit vague- the Da Vinci portrait done all prima was a stretch. I thought the vocabulary jarred a bit and the story was somewhat dull. The reading was also uneven, the main characters were OK but some of the others seemed forced. Not the best on any account.