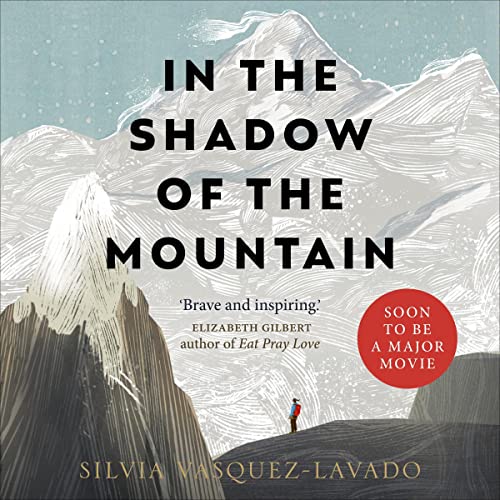 In the Shadow of the Mountain

You don't conquer a mountain. You surrender to it one step at a time.

Peruvian climber Silvia Vasquez-Lavado spent a lifetime running away from trauma. As a child she suffered sexual abuse, and as an adult, she struggled with both her sexuality and addiction.

In spite of her private battles, Silvia climbed many of the world's greatest peaks. But she had yet to take on Everest.

In the Shadow of the Mountain tells Silvia's story of abuse, addiction and trauma and then how, in 2016, she gathered a party of six sexually abused girls, and together they began the two-week expedition to Everest Base Camp. It would become an ascent that would not only form unbreakable friendships, but one that would also help them confront their individual traumas.

Beautifully written and deeply moving, In the Shadow of the Mountain is a memoir of strength, compassion and honesty. With each step, Silvia understands that the secret to healing herself and to others is about accepting, not beating, her feelings. Not conquering, but surrendering to the mountain, just like trauma.

"Silvia Vasquez-Lavado is a warrior. I'm in awe of her strength and courage that she has captured so beautifully in this memoir." (Selena Gomez)

"Silvia Vasquez-Lavado is a woman possessed of uncommon strength, rare compassion, and a ferocious stubbornness to not allow the trauma of her childhood to destroy her life." (Elizabeth Gilbert, author of Eat, Pray, Love)

"Told with searing honesty, this vividly wrought memoir chronicles an almost superhuman journey from the deep vortex of trauma and self-destructive compulsions to the heights of physical endurance and spiritual emergence." (Dr Gabor Maté, best-selling author of In the Realm of Hungry Ghosts)

What listeners say about In the Shadow of the Mountain

Not what I was hoping for

I wanted to love this book as someone who has experienced trauma and holds dreams of climbing Everest one day. However, there seemed to be less focus on trauma, letting go and the symbolism of the mountain and more focus on identity politics and social justice (women, LGBTQ, etc) which is a personal opinion and not facts, which the writer incorrectly states many times in the book. Not dimishing her own experiences which were horrible and her resolve and strength to carry a dream was very empowering. But the parts where she was recounting her time on Everest seemed tedious.