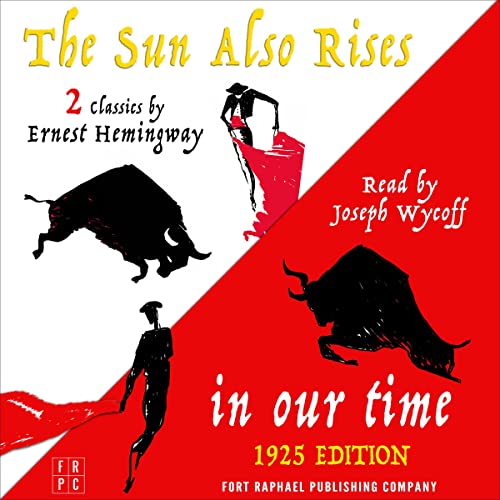 By: Ernest Hemingway
Narrated by: Joseph Wycoff
Try for £0.00

In 1923, journalist and budding fiction writer Ernest Hemingway penned 18 original short stories and published them in the magazine The Little Review with the help of his friend Ezra Pound. Hemingway would later add to this collection and re-publish the stories in 1925 under the same title and—after adding an additional story—would again republish the entire volume in 1930, again as in our time (all in lower case). This collection of short stories would mark one of the most auspicious and earth-shattering debuts by an author in literary history and also introduced the world to the fictional character of Nick Adams, a protagonist Hemingway would revisit repeatedly in his career.

Hemingway's success with this collection—considered a masterpiece—would soon lead to the creation of his first, full-length novel The Sun Also Rises which chronicles the journey of a group of hard-drinking young expatriates as they travel from France to Spain and back again. This groundbreaking book explores their lives, their aspirations, and their romantic entanglements, set against a backdrop of 1920s post-war Europe and Spain's thrilling (and troubling) national sport: bullfighting.

Within a few years, Hemingway would become known as one of the most important voices of his generation and his stark prose—lean and brutal at times—would be imitated by generations of writers who followed him.

Presented here is the expanded 1925 edition of In Our Time as well as the full audiobook of The Sun Also Rises. Both volumes are as they were originally published and appear in this double set entirely unabridged.