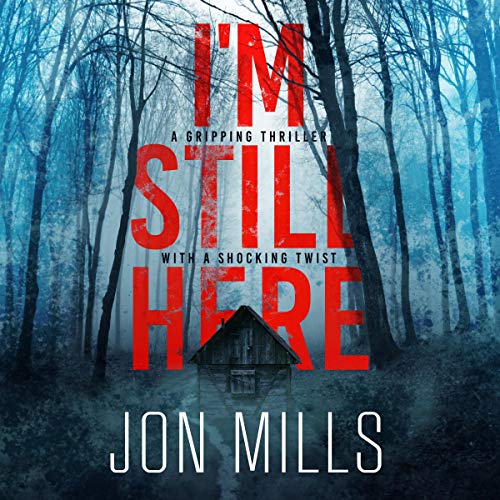 By: Jon Mills
Narrated by: Jennifer Groberg
Try for £0.00

Twenty-five years ago, four kids entered a dark forest. Only three came out.

Everyone was a suspect. One man was condemned. The police closed the case. A mother became obsessed.

Still haunted by her brother's disappearance and the high-profile murder trial that gripped the nation, New York homicide detective Kara Walker deals with survivor's guilt by tracking down killers. But as the anniversary of her brothers abduction approaches, Kara receives news of her mother's death and is drawn back to her rural hometown in the Olympic Peninsula to tie up loose ends. She soon makes a shocking discovery that brings into question the facts surrounding her brother's case, her mother's obsession, and the man who pled not guilty.

In a race against time to find the real killer, Kara must risk losing her mind, jeopardize the safety of those close, and face her darkest fear, all to answer the question - who is truly innocent?

Full of twists and turns that keep you guessing, I'm Still Here delivers a captivating mystery thriller that forces you to question how far you would go to solve the disappearance of a loved one.

Everyone was a suspect and a mother became obsessed - as per the summary, this is exactly true. We see the story of Kara and how she handles how her brother's disappearance comes back into question. It's a grippingly fast-paced tale at moments and the anxiety of trying to find the real killer is visible in Jennifer's narration.

*I was given this free review copy audiobook at my request and have voluntarily left this review.

Twenty-five years ago, four kids entered a dark forest. Only three came out.

Everyone was a suspect. One man was condemned. The police closed the case. A mother became obsessed.

amazing book can't wait for more from the author

I recieved this book for free in exchange for an honest review.

This was my first Jon Mills book and now it will not be my last. the story is gripping as we follow Kara through a tough time in her life as she tries to uncover the truth.

the book is fantastically written and the story is incredible. the narration was good however I did find the Male voices came off a little robotic.

overall this book is well worth a listen.

I really like the author Jon Mills. He also writes the Jack Winchester series which is a whole lot different than this book. Winchester is a for hire fix it man who travels to where he’s needed. The protagonist in this story is a far cry from that. Kara Walker is a detective from NYC with a much more believable character. Which is not to say anything negative about Winchester. He has a more fun, informal, take matters into his own hands (not realistic ) personality.
In this book Kara returns to her hometown following her mother’s suicide. Much to the dismay of her ex-husband who has their son for a visit. Kara’s brother disappeared years ago and a man was sentenced to prison for his murder even though no body was found. Kara’s mother had determined that the man convicted was not the person who took her son. Kara doesn’t understand why she killed herself and left a wall of notes and evidence but she’s adamant about finishing her mother’s work and finding out what really happened when her brother went missing.
Jennifer Groberg does a very good job narrating.
HIGHLY RECOMMENDED.
If you found this review helpful please indicate so.
Thank You.

Kara hasn't been to her home time in a long time but when her father needs her after her mother passes, she knows she needs to go back to the place where her brother disappeared and face up to things. While there, there's a string of abductions and Kara is pulled in to help with the case. This leads to Kara searching through her mothers things and what she finds will reveal something that shocks even her.

While this wasn't as shocking as I hoped, as I had figured out things already, it was still a solid mystery that I thoroughly enjoyed. I liked Kara and was rooting for her. She was a strong character and I'd love to see more books about her. The plot was fairly fast paced and held my attention till the end. The characters were well fleshed out and the the story was suspenseful, so overall, a good read.

Jennifer Groberg read this well and had a good variety of tones and voices.

This played out like a typical murder mystery. Was a completely caught off guard by the ending, but overall all it was your basic whodunit. There are two levels to the whodunnit as one murder seems to be linked to a solved disappearance. Even though I didn’t think the overall story was super unique, it was a good listen and I had a hard time putting it down.

The setting of the small town provided a comfy feel. The town where most people know each other, you have your typical trouble makers, and either you get out early or stay forever is one of my favorites. The town is rocked by missing children and blame the only one who has been accused of molesting children. Kara returns home when her mother commits suicide and the game is afoot.

I liked Kara’s resolve, although I didn’t care for her that much as a character. I didn’t feel that connected to her and thought she was more or less just going through the motions of your typical damaged detective. The twists and turns she goes through to solve the two interconnected cases had me guessing constantly and in the end, I never saw it coming.

I struggled a bit with the narrator. I liked her voice and think she did a good job with Kara’s character. I just didn’t like her for any of the other characters. I felt like her cadence was a bit off and their conversation didn’t feel natural at all.

If you can get past the terrible narrator...kept you going and intrigued throughout. Narration was painful.

narration is a bit robotic. story is good and flows nicely. kept my interest entirely.

I'm Still Here opens with the main character, Kara Walker, at an uncertain point in all areas of her life. She has just resigned her position as an investigator in New York, she is fairly recently divorced from her husband, and she is at odds with her son for always being busy at work. At one of the lowest points in her life, she receives the news that her mother has killed herself, and her father needs her to return to her hometown. Kara has spent the last 25 years haunted by the kidnapping of her younger brother on Halloween and blames herself for not only his abduction but the seeming disintegration of both her parents. When she returns home, she finds that her mother has spent the last 25 years investigating the disappearance, and Kara is quickly sucked into continuing her mother's quest to find the truth.

Thus begins an investigation into a string of kidnappings on Halloween that is intriguing and adrenaline filled. Every time I thought I knew the answer, the author would introduce another twist that had me second guessing. I did guess the identity of the killer at one point, but I had already replaced that guess with ten other people by the end. Although the mystery kept me glued to my iPod, I enjoyed even more the depth of the characters in this story. Kara is an incredibly strong yet vulnerable woman, and I thoroughly enjoyed her interactions with the other main character, Noah, an investigator for the Washington highway patrol. Much of the story moves around very tragic and heavy elements to these characters lives, but the overall story (especially the epilogue) left me feeling not only satisfied by the story but hopeful for all the characters' futures.

Jennifer Groberg's narration is terrific. She performs smoothly and skillfully, and she added just the right touch of emotion to both the scary and the solemn portions of the book. Her delivery was flawless, and I will be watching for more of her audiobooks in the future.

I received a copy of this audiobook at my request in exchange for this honest review.

Story was ok, narration was horrible.

It was hard to actually know if the book was good as I was distracted by the horrific narration.

The.way.she.read.reminded.me.of.how.I.read.when.I.was.in.first.grade. It just dragged on....
I won't be trying any other stories narrated by Jennifer Groberg.

I can't get passed the narrator

She speaks like she's concentrating on her annunciation instead of her performance. Her reading is stilted.

Well written, though the beginning had been a little rough for me. The story and the plot was very good. The ending was definitely a little twist, though the culprit was on my suspect list. The narrator did a good job as well.

This book moves way too slow. It doesn't pick up the pace until the last chapters. I kept pushing myself to finish it. The narrator sounds robotic when she plays any characters voice other than the main one. Storyline was good and had a lot of potential.