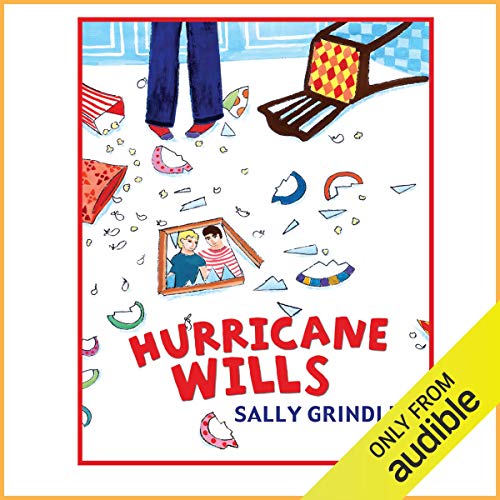 By: Sally Grindley
Narrated by: Thomas Judd
Try for £0.00

The hurricane is Wills. Chris's 13 year old brother. He has A.D.D. - Attention Deficit Disorder. Chris says it stands for Acts Dumb and Daft. It's not easy being 11 and having a brother who causes so much chaos around the house. Sometimes Wills acts like he's six years younger, sometimes like he's two. He throws food on the floor, has tantrums and teases Chris.

When Chris and Wills' dad moves out they all feel abandoned. Chris feels he has to be even more supportive towards his mum when sometimes all he wants to do is shout and scream too. And there's more: Wills is up to something - hanging out with a bad crowd, shoplifting. Then Chris finds out Wills has a wad of money under his mattress.

What listeners say about Hurricane Wills