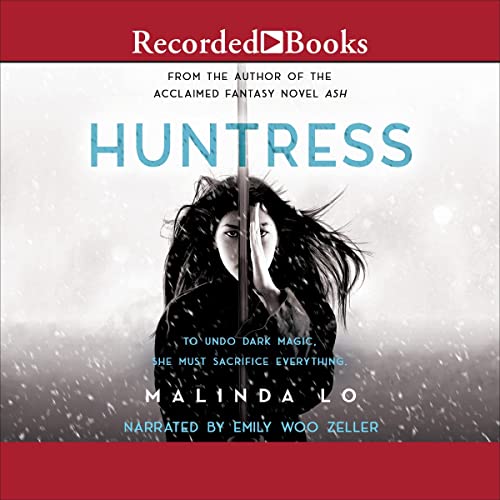 By: Malinda Lo
Narrated by: Emily Woo Zeller
Try for £0.00

A different kind of hero's quest.

Nature is out of balance in the human kingdom. The sun hasn’t shone in years, crops are failing, and families are starving. Worst yet, strange and hostile creatures have begun to appear. The people’s survival hangs in the balance.

To solve the crisis, the oracle stones are cast, and the destinies of two 17-year-old girls become entwined when they are chosen to go on a dangerous and unheard-of journey to Taninli, the city of the Fairy Queen. Taisin is a powerful Sage-in-training, thrumming with magic, and Kaede is of the earth, without a speck of the otherworldly. As members of their party succumb to unearthly attacks and fairy tricks, the two come to rely on each other and even begin to fall in love. But the Kingdom needs only one Huntress to save it, and the sacrifice required could tear Kaede and Taisin apart forever.

What listeners say about Huntress