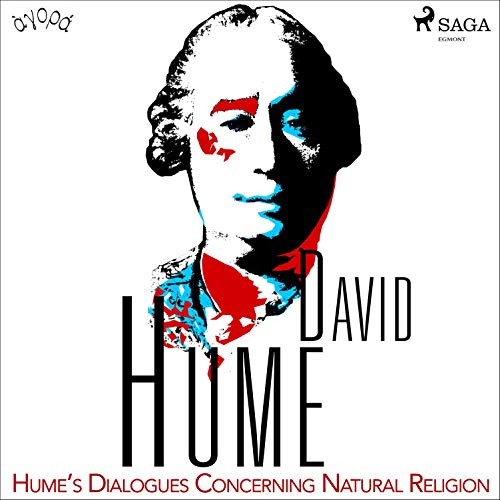 By: David Hume
Narrated by: Albert A. Anderson,Liselotte Anderson
Try for £0.00

David Hume's Dialogues Concerning Natural Religion had not yet been published when he died in 1776. Even though the manuscript was mostly written during the 1750s, it did not appear until 1779. The subject itself was too delicate and controversial, and Hume's dialectical examination of religious knowledge was especially provocative. What should we teach young people about religion? The characters Demea, Cleanthes, and Philo passionately present and defend three sharply different answers to that question.

Demea opens the dialogue with a position derived from René Descartes and Father Malebranche - God's nature is a mystery, but God's existence can be proved logically. Cleanthes attacks that view, both because it leads to mysticism and because it attempts the impossible task of trying to establish existence on the basis of pure reason, without appeal to sense experience. As an alternative, he offers a proof of both God's existence and God's nature based on the same kind of scientific reasoning established by Copernicus, Galileo, and Newton.

Taking a skeptical approach, Philo presents a series of arguments that question any attempt to use reason as a basis for religious faith. He suggests that human beings might be better off without religion. The dialogue ends without agreement among the characters, justifying Hume's choice of dialogue as the literary style for this topic.

Born in Scotland, Hume challenges much of the philosophy that prevailed in Europe and England in the 17th and 18th century. He was especially critical of the rationalism developed by René Descartes and his followers. Although he wrote a number of influential essays (including "A Treatise of Human Nature" and "Inquiry Concerning Human Understanding"), his dialogues are especially well suited for the topic of religion. As his character Pamphilus says: "Any philosophical question that is so obscure and uncertain that human reason can reach no agreement about it, if it is treated at all, seems to lead us naturally to the style of dialogue."