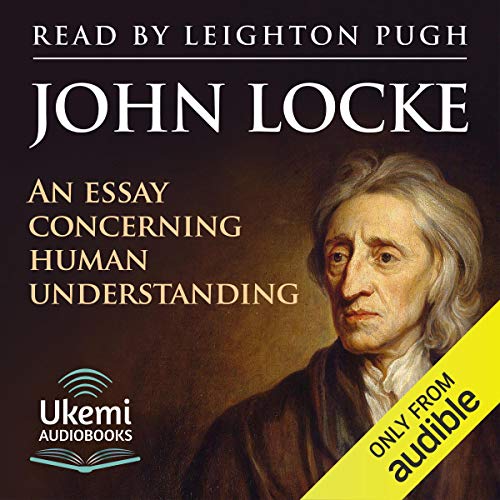 By: John Locke
Narrated by: Leighton Pugh
Try for £0.00

John Locke and his works - particularly An Essay Concerning Human Understanding - are regularly and rightly presented as foundations for the Age of Enlightenment. His primary epistemological message - that the mind at birth is a blank sheet waiting to be filled by the experiences of the senses - complemented his primary political message: that human beings are free and equal and have the right to envision, create and direct the governments that rule them and the societies within which they live.

In these respects, one might think of Locke (1632-1704) as preparing the way for the 18th century, though An Essay Concerning Human Understanding dates from 1690. In the essay he remarks that he was ‘employed as an under-labourer in clearing the ground a little, and removing some of the rubbish that lies in the way to knowledge’. Everywhere, Locke’s 18th-century readers included learned philosophers, educators, historians and political thinkers but also local community and political leaders, students and many others eager to take advantage of the expanding world of print culture that was a central part of the Enlightenment.

Today, Locke remains an accessible author whose essay can still be listened to with pleasure by an engaged public around the world. Some will listen to his work to know more about the beginnings of the modern era; others will seek arguments to be used in present-day debates.

This recording presents An Essay unabridged. It is prefaced by an informative introduction (written for the Wordsworth Edition) by Mark G. Spencer, who explains: ‘The starting point for much of Locke’s philosophy was his keenness to explore how it was that humans arrived at their knowledge of the world. What do humans know? How do they know what they know?’ Or, as Locke himself puts it in his opening section, ‘Epistle to the Reader’, his purpose was to 'examine our own abilities, and see what objects our understandings were, or were not, fitted to deal with.’ And it remains an approachable text, for, as Spencer points out, Locke’s ‘intended reading audience was not one of scholars and philosophers shut up in their closets’ but the ordinary man.’

The essay is divided into four books: Part 1: Of Innate Notions, Of Ideas, Of Words; and Part 2: Of Knowledge and Probability.

What listeners say about An Essay Concerning Human Understanding

The sound quality seems a little lacking in warmth, but I still give it 5 stars because it's so perfectly narrated.

John Locke takes us on a tour de force of his thoughts on human understanding. At times, I found myself thinking that he "over labored" his points, yet I was compelled to keep in mind Locke's belief that things should be "looked at from all sides". There can be little doubt that this is how he approached the material found in this treatise - he practiced what he advocated.

I must say, I truly enjoyed the content of this audiobook! Furthermore, my enjoyment was greatly enhanced by the professional quality of the recording done by Ukemi. My enjoyment was further enhanced by way of the excellent work in the reading of it by Leighton Pugh - great job Mr. Pugh!

Needs a Table of Contents

Does not have a table of contents. One has to listen to the dozens of parts and make their own.

Almost impossible to focus on the literary content of this book while the narrator theatrically exaggerates tonally. I doubt he talks the way he narrates while trying to have a conversation in real life. Sucks cause I want a smooth version of this book to listen to. Someone please make an easier to listen to version.

Not my cup of tea.

Locke had far too much time on his hands. For me (even at 1.5 speed), it was like listening to someone read the phone book or reading from a dictionary. I am still searching for a book with philosophy and insight into his views as they relate to the founding principles of the United States.