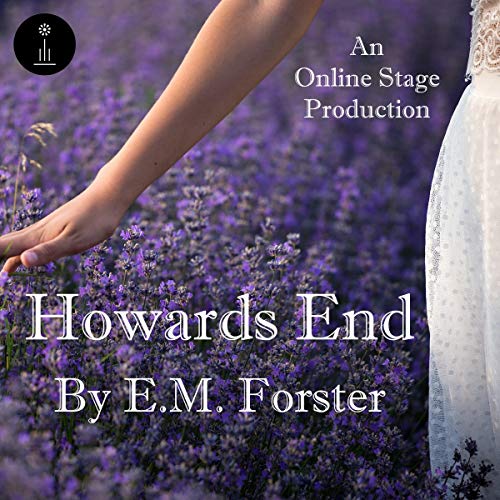 Presented by The Online Stage

"Only connect!" E. M. Forster's classic 1910 novel follows the lives and loves of the Schlegel sisters, Margaret and Helen, as they attempt to make connections with members of two very different families: the conservative, wealthy Wilcoxes, and the working-class Basts.

What listeners say about Howards End

This is a very hard listen, not least because of the poor editing between narration and speech. I can’t go on and have downloaded another version.

Could not get on with this.

I really did not get on with this book. I liked the readers and thought they did a great job. Unfortunately this was the only thing i liked about this one. Just found the plot and characters really hard to get on with. I don’t like having to give bad reviews but i am an honest person so feel it’s vital to give my acurate and unbiast view.

I thought this was going to be an enjoyable experience. It isn't. Very disappointed. The performances are really bad.

Because the English are boring

I really want to like E.M. Forester. I really do.

There is no doubting the beauty of the language and he does wonderfully describe locale such as he did in a Passage To India and here in his word pictures of the English countryside.

And you do get the sense of the times, this story written and set in 1910 and post-Victorian England as carriages are having to yield to motorcars and money and class are being uncomfortably acknowledged and discussed as Europe's industrial and monarchial powers are inching toward inevitable conflict played out among the moneyed set in their parlor chatter and drawing room rebellions.

This Audiobook version was made more interesting in that it featured a full cast. But I've come to the conclusion that I have nothing but contempt for the idle wealthy, particularly English ones who seem so caught up in both their self importance and insufferable conventions. Were it not for its placement on the Modern Library Top 100, I probably would have avoided it despite its classic nature.

Like I stated earlier, I want to like Forester, but I've just grown tired of the opinions of upper class English. Because they're boring.

Stilted and Not Well performed

Didn’t finish this one. I found the actors too formal and difficult to follow. Nice idea but not well executed.