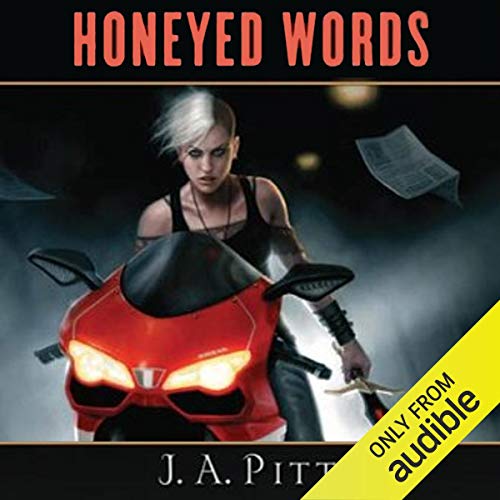 Sarah Beauhall is a blacksmith, has a night job as a props manager for a low-budget movie, and spends her free time fighting in a medieval re-enactment group. Her world falls apart when she discovers that dragons are real and live among us as shapeshifters; in fact, it is they who have been the secret masters of our world from time immemorial. On top of all this, it appears that Sarah has managed to reforge an ancient sword that everyone suddenly wants... and those who don't want the weapon want Sarah to take on her destiny and become humanity's saviour.

As Sarah tries to make her way in this new world, she discovers just how little she knows of reality. Fairies and dwarves and giants abound, the fault line of the Pacific Northwest is rife with ancient Norse magic. Odin himself appears with ravens at his side and cryptic advice for the fledgling heroine. And the cherry on the sundae? The discovery that Sarah's girlfriend is from a family that has been battling these forces for generations and they look to Sarah as their last best hope.

What's a girl to do when the powers of the world decide that you're responsible for cleaning up the magical mess?

What listeners say about Honeyed Words

I wanted to love this story, strong female characters, dragons, magic swords...all the the things I love but throw in a little to much introspection.... Get a little over angsty and my love has turned to tolerance and my hope of a great tale flutters like a candle in a storm.

was a little confusing at first but I was pleased overall with the performance of the narrator and the book.

Better than the first.

If you could sum up Honeyed Words in three words, what would they be?