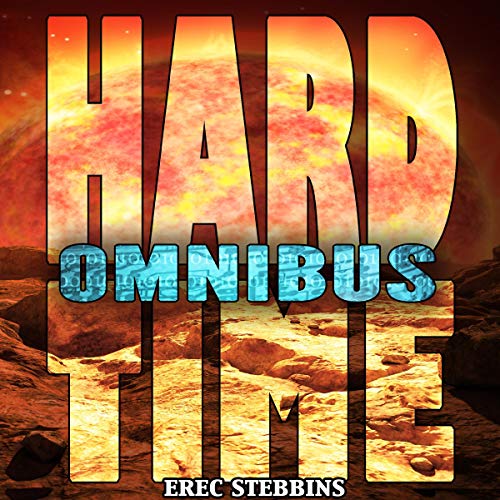 A harsh and punishing world. Synths, Trunes, and the remnants of humanity battle each other and an unforgiving landscape. Survival is the meaning of life.

"STEBBINS HAS A PENCHANT FOR THE UNEXPECTED, EVEN FOR THE GENRE." (Foreword Reviews, Daughter of Time trilogy)

Book 1, METAL: A woman finds herself in two different worlds, as two different people. In one, she is a criminal, sentenced to a new and terrible punishment. In the other, she is a stranger and then a prophet, granted the visions of God.

Book 2, LONGHORN: A man awakes in a terrifying landscape without shelter, explanation, or memory. Join him as he searches for answers and struggles to survive. Find out if life and knowledge of his past are truly worth the price.

Book 3, CULT: Missionaries arrive on a holy quest to fulfill their scriptures. But the desert has other plans. Will they escape with their faith, or even their lives, intact?

Book 4, TRUNE: A long-awaited arrival bursts into the world, slaughtering all that stand in her way. As characters from previous novels reappear and unify, will they survive to understand their greater destiny?

Book 5, SYNTH: An ancient guardian faces a foe that could destroy them all. Can the last remnants of humanity escape the terrible wrath pursuing them from the past?

Book 6, DEITY: An entity guides a motley crew of creatures toward a new beginning in a planet's last gasp at life.