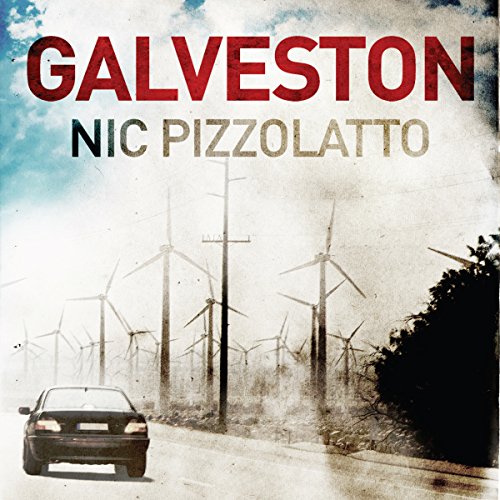 By: Nic Pizzolatto
Narrated by: Michael Kramer
Try for £0.00

From the creator of the hit HBO series True Detective comes a powerful, gleaming-dark thriller rich with Southern atmosphere.

Roy Cady is by his own admission 'a bad man'. With a snow flurry of cancer in his lungs and no one to live for, he's a walking time-bomb of violence. Following a fling with his boss' lover, he's sent on a routine assignment he knows is a death trap. Yet after a smoking spasm of violence, Roy's would-be killers are mostly dead and he is mostly alive.

Before Roy makes his getaway, he finds a beaten-up woman in the apartment, and sees something in her frightened, defiant eyes that causes a crucial decision. He takes her with him on the run from New Orleans to Galveston, Texas, permanently entwining their fate along a highway of seedy bars and fleabag hotels, a world of treacherous drifters, pick-up trucks, and ashed-out hopes, with death just a car-length behind.

"Galveston is an assured debut full of hard truths, a throwback novel that ends up shouldering the noir genre forward" ( Chuck Hogan)
"A carefully crafted work shrouded in dark Southern landscapes" ( Time Out Chicago)
"An often incandescent fever dream of low-rent, unbearable beauty , Galveston," in its authenticity and fearless humanism, recalls only the finest examples of the form" ( The New York Times)
"There are resonances of the great James Lee Burke in the elegance Pizzolatto brings to his heart-wrenching story that makes it unforgettable" ( Daily Mail)

What listeners say about Galveston

very hard core, but nothing cheezy which I really appreciated. It's a gripping story and I really enjoyed the narration.

I really struggled with this story, disregard my dislike for the general style of prose because that's subjective, but so very little of significance actually takes place in this. The narrator too really kind of creeped me out.

This has a 'no country for old men' feel about it. Exceptional character building and story telling. I'm not sure why some reviews complain about the plot. Yes, it's not a cheap thriller with a million plot twists and characters. If that's what you're looking for go listen to a John Grisham or Lee Childs book. Instead this book builds deep, complex and believable characters, with a dark and gripping story line.

As good as the book better than the movie

I have read this book, then watched the movie and now done the audio book.
I have always been a fan of these crime stories set in places such as Louisiana and Texas and having obviously heard of the author after True Detective i wanted to give this a go. I loved the book. I thought the movie was a bit light. Disappointing considering talent of the two leads. However this audio book is brilliant especially with the narrator. Very happy with this purchase.

A genuinely great listen. The last hour had me gripped. This is a dark novel and won't be to everyone's taste and I thought the narrator got his pitch and pacing perfect.

This is a good story, dark, but compelling. I mostly didn't want to put it down. The narration was good, but relentlessly gloomy and monotone. The style fitted the novel, but the it may have been five star, had there been moments of a change in tone. I look forward to more books by this author.

Michael Kramer did a very good job narrating the book. It was a great first novel for Nic Pizzolatto.

No Happy Ending (or beginning or middle)

This tightly crafted book is literary noir at its finest. The central character is a bad man through and through and yet the author, displays his considerable writing skills, by managing to elicit the reader's sympathy for the unrepentant hoodlum. There is plenty of tragedy in this book, very little redemption and no happy endings, all of which you are made fully aware of in the first few pages. This is not a thriller, a lightweight, easy read for taking to the beach. It is a serious work of fiction. If you approach it as such, you will enjoy it and it will linger in your mind for a long time to come.

Very ordinary, sadly. Galveston never manages to do anything new or fresh; it just sits stolidly within the confines of crime fiction.

Not really what I expected.

Not to spoil anything but I think it needs a second listen through. On the other hand I didn't want to stop listening.