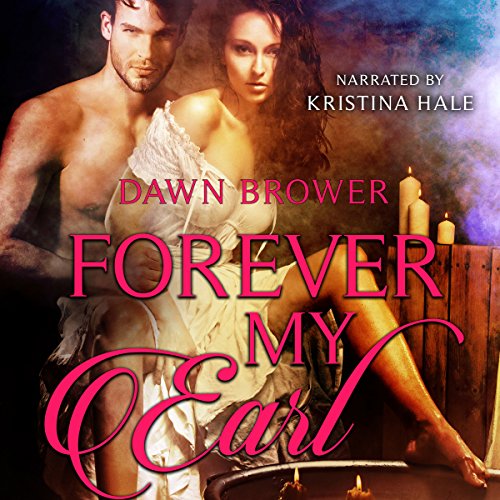 By: Dawn Brower
Narrated by: Kristina Hale
Try for £0.00

True love is for fairy tales. At least that is what Miss Hannah Knight believes. Her formative years were filled with difficulties, but she carries one memory with her always—even through the darkest times. The summer she spent at Manchester Castle where she started to dream of a happily-ever-after in the arms of the man who holds her heart.

War has left Garrick Edwards cynical. He never expected to inherit the title and become the Earl of Manchester, but his brother drank himself into an early grave leaving a daughter behind and a mountain of debt. Reluctantly, he returns to his ancestral home. When he arrives he finds Hannah there. Her letters during the war had given him hope when there was none; however he doesn’t believe he deserves her love.

As they rekindle their friendship they find hope they thought they’d both lost. In the bottom of their hearts they cling to that hope and start to wonder if some dreams can come true. The question is will they be brave enough to reach for them.

What listeners say about Forever My Earl

This is a really lovely second chance at love for Hannah and Garrick after he returns home after the war. Its interesting that when a child is written into the story that it becomes more interesting (at least for me it is) and if find that child very endearing and lovable. Here it was Garrick's niece who crept into my heart. The love that crept up on them was a delight to read about. The voice acting done by Kristina Hale was most enjoyable. Good story, interesting characters and enjoyable narration.

This is a review of narrator!

I never got to see if the book was good....
I noticed I had downloaded this book but never heard it, so I downloaded it again. I noticed that I had heard three minutes of it, and was confused until I hit play. I made it three minutes.

Now, I'm a VERY tolerant listener... but this is SO bad that its hard to follow. The narrator has such a serious speech impediment that it's near to impossible to understand some of her slurred, under enunciated babble. I couldn't do it. to talk to someone who speaks that way ok. To listen to them for hours as they mangle every other word is unacceptable!

BAD is an understatement.
Which sucks because I was truly interested in the book.

I was given a free copy of this audiobook for an honest review.

I love historical romance stories, and this one fit the bill. I’m a big fan of Dawn Brower as well.

I could easily have seen this story written as a novel, instead of a short story. Either way, it held my attention the entire time. Is there a part 2 to this story? Based on the way the ending was (Garrick wanting to go off to find his friend), the author made it sound as though there could be.

I was so hoping that there would be a different ending at least regarding how Lady Corrin was so sure that Garrick would ask her to marry him. She was definitely a bitchy character that I feel needed to be put in her place. I think it would have been funny had Garrick told Lady Corrin that he needed to discuss something with her, only to turn around and tell her that it was time for her to go home because he was marrying Hannah.

This was the first time I’ve listened to this narrator. While she did a great job the majority of the story, there was an issue with the first 10+ minutes. I don’t know what the issue was exactly, but the best way to describe it is as follows:

She’d get to the last word of the sentence,

The second the last syllable (from the last word) was out of her mouth,

She would pause the recording or stop it.

This left a very stunted speech or way of reading the story. It was really annoying at first, and I wasn’t sure if I would even be able to continue the story. Thankfully, the issue stopped, and all was well.

Such a sweet love story of a fairy tale that comes true. Great characters, great story in a lovely setting. Hannah is one of my favorite female characters. She strong and true to herself despite the hardships she has faced. She’s calm under pressure and confident enough to take charge of her own future. Garrick is dream worthy, no wonder Hannah fell in love with at first sight and carried that love for years. Great story I definitely recommend this story

In this simply enjoyable Regency fairytale, Hannah Knight spends a delightful childhood summer at Manchester Castle. At 26, her parents dead, she flees back to that castle, and encounters Garrick Edward's, who struggles with his unexpectedly inherited a title and the wounds of military service. Fun book.

Narrator is good, but her consonants are not distinct so I had to slow down speech rate for more comprehension.

I was given a copy of this book in exchange for my honest review.

This is such a sweet romance and I look forward to hearing more.

A sweet historical love story. Hannah and Garrick meet when she is visiting her godmother. Garrick is intrigued with Hannah cause she is unique. Hannah is a book worm who is instantly attracted to Garrick when the have a conversation about books. Years later they are reunited when Garrick returns home from war to take care of his family estate and Hannah returns seeking help from being kick out by her uncle who had custody of her since her parents die. Hannah is in love with Garrick and write him while he was away but she keeps it a secret because she has insecurities as she has been told no one will love her. Garrick is in love with Hannah but believes she deserves better. A storm has these two shacked up in a cabin and the attraction is too much. Great story with wonderful characters.

Loved it from the plot to the narration

What a charming, fun, exciting romance that really broke my heart the way Hannah by her cousin but Garrick comes through that is after he knocks her out of her carriage. He becomes over protective and demands she stays in bed to get well. She goes nuts and breaks the rules what follows is a delightful romance that really touches the soul.

Ms. Hale’s narration is wonderful she has a lovely accent that really pulls you in. Her male and female voices are lovely, you always know who is talking and just what they are feeling. There are no repeats of words, no background noise or any volume changes. She gives a very thrilling narration right down to the hurt and pain of one evil cousin and the man who lives to protect her. She puts a lot of emotion into the characters you have no trouble seeing the scenes in your mind as it holds you attention. I thought her performance was wonderful. She really brings the story to life. I am really looking forward to listening to more of her work.

I thought the author really put time and thought into bring you a delightful story that steals your heart. I loved the characters, the plot was wonderful and the ending a delight that I didn’t want to end. I can’t wait to listen to more of this series.