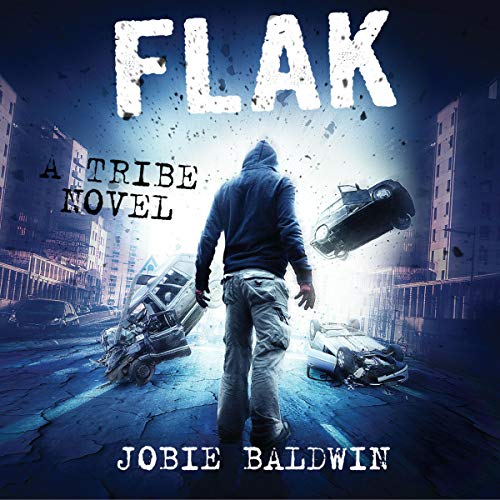 By: Jobie Baldwin
Narrated by: Jake Thornton
Try for £0.00

He might have got what he wished for, but it was far more than he bargained for.

Ben desperately wanted to be part of Christian’s Tribe but he wasn’t one of the chosen. Enter Ta'xet, Haida God of Violent Death who takes him as his host.

Emily, a witch in search of her missing brother, made a risky deal with a demon. Now, out of options, she must join forces with the attractive, but scarily unhinged, teenager who clearly has problems of his own.

Unbeknownst to the pair, Ben’s transformation has attracted the attention of an enemy from the past, and the entire Tribe find themselves the target of an exiled Guide and a Demon intent on manipulating time to change the past.

Ben and his Tribe must risk everything to keep the past where it belongs, but at what cost?

What listeners say about Flak: An Urban Fantasy Adventure

He might have got what he wished for, but it was far more than he bargained for.
amazing book from start to finish would like more please