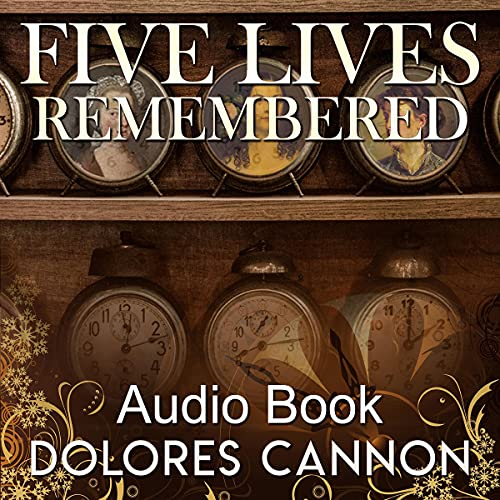 By: Dolores Cannon
Narrated by: Carol Morrison,Julia Cannon
Try for £0.00

What do you do when you discover information that is before its time? What do you do when your curiosity takes you on an adventure that is so bizarre that there is nothing normal to relate to? This is what happened to Dolores Cannon in 1968, long before she began her career as a past-life hypnotherapist and regressionist. Travel back with us to that time when the words reincarnation, past-lives, regression, walk-ins, New Age were unknown to the general population. This is the story of two normal people, who accidentally stumbled across past-lives while working with a doctor to help a patient relax. It began so innocently, yet it crossed the boundaries of the imagination to open up an entirely new way of thinking at a time when such a thing was unheard of. It went totally against the belief systems of the time. It was so startling that they should have stopped, but their curiosity demanded that they continue to explore the unorthodox. The experiment changed the participants and everyone involved, and their beliefs would never be the same. Dolores Cannon is now a world-renowned hypnotherapist who has explored thousands of cases in the 40 years since 1968, and has written 15 books about her discoveries. Her books are translated into more than 20 languages. She is teaching her unique form of hypnosis all over the world. When she lectures people ask, "How did you get started on all of this?" This is the story of her beginnings. The book was written in 1980, her very first book. It has laid dormant, gathering dust, until now, waiting. Now is the time for it to come forth. Enjoy the adventure!

I really wish all her books had audio versions...

Interesting to know how she started and great background information on the spirits and their experience.

most pointless book ever...do not buy

I am a big fan of the Cannons but this book is nonsense and should not have been published..Yes my opinion
As a spiritual seeker...you would be very disappointed if you bought this book. quite simply I would like my money back

Another amazing book by Dolores cannon

Once started, it was really hard to stop listening. Excellent on many levels. Highly recommend.

I listened to this book after I'd already listened to 4 of Dolores later books and this one pulled it all together and it all made more sense.
Beautifully written.

Why do these bloody readers try reading with an accent? Her attention an the English accent is so hopeless I had to forward because it was so damn annoying. Just read the f£&#kibg thing. Is that so hard?

I am a believer!

I have thoroughly enjoyed this book and will go on to read more. Maybe I will be regressed myself one day.

couldn't put it down as they say. I enjoyed every minute of taking in this new information and learning. a must read

Unexpected and fascinated book. Made me by more from the author. Absolutely recommend. Bought the book too.

Good but the tedious narrator's spoilt it for me

the narrator was a bit wooden .
most of the story was very good and thought provoking overall enjoyable.

One of the best Past Life books of many I've read

I read the hard copy of this book some years ago, but still found this audio book version gripping. It is the past life regression of one woman that goes back through American history and then back to early Europe and the greater reality spirit/soul entity realm.

The historic first-person views of rural American life and Chicago city life and rural/town/castle life in the United Kingdom and early Germany were realistic and all the details that could be confirmed later on via research made the regressions even more interesting - like little details of specific cars (like the Stanley Steemer or the Packard), who was the President/King/Queen at the time, names of cities, towns, rivers, streets. Names of people. Details of farm chores of earlier times that are no longer practices of today. Speaking in a different language.

Even more interesting was when the spirit/soul entity was asked to look at the JFK Dallas incident and what was described. And, another incident I hadn't heard of before, when a submarine called the Scorpion went missing. The description of the soul/spirit entity of the tall red-haired man and what he did was not one of the theories included in the books about this submarine listed on Wikipedia. This book isn't even listed on the Wikipedia article along with other books that covered the missing submarine - but that website is hard core materialistic.

The narration was good. I hope The Convoluted Universe series will be narrated too in the future. With a good narrator. That's important!

Wow, this book is a lot of fun. I enjoyed the narration. Just more proof that spirituality isn't hocus pocus, and I love their practical outlook on the phenomenon. They thoroughly checked the source. There is no way someone could make this up, and it all happened in the late 60's! Blows my mind!

What disappointed you about Five Lives Remembered?

I felt this book was rather tacky in its production in as much as there were two narrators , one of which was the regression subject. they added an echo effect to her parts which made it sound more like an episode of star treck than a serious audio book. The content was tedious as it went through endless details of the past life that seemed pointless. ( what shoes are you wearing, what do you like to eat, ect) I'm a big fan of Brian Weiss and was expecting similar.

I couldn't stop listening. I enjoyed this book and I'm looking forward to reading or listening to all Dolores Cannons other books.

Interesting idea, but the reverb kills it

The premise of the story has the potential to be interesting, but I only made it through a couple of hours. The performance was really hard to listen to. It reminded me of when a teacher would read a book to us in school, the personalities were hard to tell apart. The biggest issue for me though was that there was reverb added to the audio. I found it really distracting and annoying.

Overall, Meh. I wish it was better because the idea sounded cool

Why the comical voices for a serious subject?

I wanted to love this audiobook. I did love parts of it. I do love the subject matter and the concepts and ideas presented. I do understand that it is a representation of the humble beginnings of Delores Delores Cannon's research. But to be honest, I struggled to endure through the various voices the narrator performed. They were simplistic, childish, comical voices for grown women.

Even though it was uncomfortable to hear, I understood why the character of June referred to her black servants as "Niggers". It was the typical speech of the day. But, I was dumbfounded that the hypnosis subject, while supposedly being in a state of pure spirit form, before ever having incarnated in a human body for the first time, would call Native American Indians, "Savages". She was afraid to be incarnated among them because they were more violent than the colonizers on the East side of the river? It sounds as if this all knowing, wise and pure spirit had pre-conceived predjuices... which in my opinion, diminishes the credibility of this account.

Narrator should seriously be considered before producing. who lets this happen? Accents were so cheezy I had to redirect myself to stay with the storyline and remind myself this was Dolores Cannon's work.

supposed to be nonfiction

in the past lives, the accent changes but the vocabulary remains the same. come on!

Compelling work and decidedly interesting throughout. Wished there was more. Thank you, Dolores. Thank you very much.