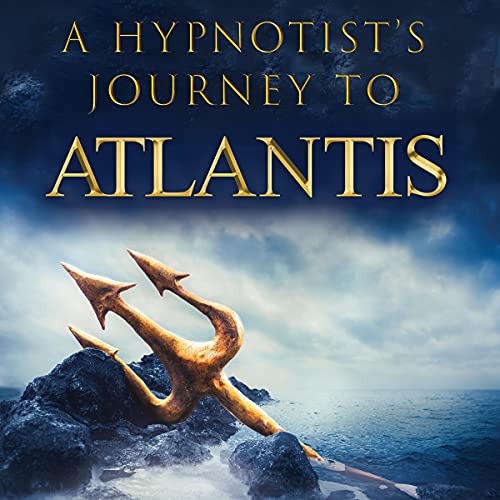 A Hypnotist’s Journey to Atlantis: Eye Witness Accounts of Our Ancient History

In 2018, in hopes to mitigate the pain from a medical disorder involving the swelling of her brain, Jen, a young mom of three, agreed to be hypnotized by her friend Sarah, but what happened next could not have been predicted by either of them. Through a series of past-life-regression sessions was the discovery of a seemingly forgotten world, the civilizations of Atlantis and Lymuria, ancient and foreign continents in which Jen had lived first as royalty and was eventually imprisoned. Over the course of multiple lives, she had struggled and failed to tell the truth about our otherworldly origins and the truth of what happened to those forgotten civilizations.

Together, Sarah and Jen discovered that they had been called upon in this lifetime to share this knowledge now, and it was through the release of this history, and the retelling of her traumas, that Jen was able to dramatically heal her brain to the bewilderment of her doctors and medical community.

Suddenly, Sarah's hypnotherapy practice began attracting more and more people from all walks of life with one commonality; they were all able to recall nearly identical experiences in Atlantis and Lymuria. But after sitting with Sarah and recalling these personal histories, lifetime after lifetime, each client slowly came to understand how we are all connected, gaining a much different sense of humankind, revealing one that is more connected and whole than they ever imagined. With this new understanding and awareness, clients felt the emotions that plague their everyday lives, including fear, insecurity, and a lack of self-worth, dramatically disappear.

"The information about Atlantis and Lymuria has been buried for thousands and thousands of years because the information is so powerful that it would create change amongst the people. You are more important and significant than you have ever been told. It is time to release the oppression and free yourself." (A quote from the subconscious).

What listeners say about A Hypnotist’s Journey to Atlantis: Eye Witness Accounts of Our Ancient History

Amazing book full of credible accounts of Lemuria and Atlantis which from my own extensive research experience tallies up with information from diverse, unconnected sources on the same subject matter, particularly relating to Atlantis.

What is, in my opinion, most significant about this material is that it is extremely pertinent to the shifts happening now on the planet, and the growing pains which humanity is going through.

This is the reason why this remarkable content has come to light now.

Explains much about humanity's hidden past and contains many keys to understanding who we really are and why we are here at this time.

So happy to have found this book!

I have been a huge fan of Dolores Cannon, and the QHHT method seems like an incredible tool to access information about anything, so I was devastated when Dolores died and I came to the end of her writings. So to come across another author and practitioner of her method was an absolute joy, and the material contained in this book proves, to me, that Dolores and Sarah are truly accessing the same truths using the QHHT method.

This is an utterly fascinating book, very well written and performance was superb. Thank you! And please keep writing Sarah, you have listeners all over the world.

Enlightening and a life changing book.

Such an amazing book. The narrotors voice is wonderful. I couldn't put the audio book down. One of the best books I have ever come across. I am looking forward to my next one of the authors. You will not be disappointed.

This book answers so many questions that I feel I’ve always had about Atlantis. I will be thinking about this book for awhile & no doubt will listen again.

Highly compelling accounts and the ebook really resonated with me. Whenever anything new is 'discovered', it typically goes through 3 stages: 1st, the proposed finding is initially Ridiculed, 2nd the people & material are often Persecuted and 3rd (often after many years) widely Accepted. We are entering the Acceptance stage globally.
I think, regarding our ancient history, people like Sarah Breskman Cosme, are helping to accelerate our human consciousness to the next level. I too believe our ancient history needs to come out now. Thank you Sarah! 🙏🏻

I love everything about this book. I can relate and resonate. Thank you so much Sarah!

This was very activating, I feel connections and activations coming in and eager to explore further in the next book. So glad to have found this, thank you!

This is the first source on Atlantis I have been drawn to look into, despite having been fascinated by it since childhood even before learning it was a myth in real life instead of just in disney movies. Just hearing the name gave me a mystical, higher sensation. Now I wonder why I had such positive associations because it turns out to have been a horrifyingly cruel society.

What an amazing story

I loved this book so much. I felt in my heart that all those stories where true. It’s as if all those souls back in Atlantis & Lemuria have reincarnated again to bring closure and healing to the past . I also hope we can all learn from our mistakes and move to a higher frequency.

The awakening is happening

The awakening is happening and this is the book to listen to. If you feel lost or alone this can give you an answer as to why.

The end of chapter 23 is missing

The author has a lovely voice, but the recording needs editing. She recorded when she needed a sip of water, when she got lost from one page to another, etc. Shame on Audible for not editing the audio before publication.

If you love Dolores Cannon's books then this is a perfect book for you. The author is a QHHT graduate and conducts the hypnosis in a Dolores Cannon Style. I've listened to every book from Dolores and I grab each one as soon as it shows up like a long awaited birthday gift ,so this was awesome for me. I enjoyed every bit from beginning to end. The book is mainly about the destruction of Atlantis and Limuria but it also touches on other things such as our origins and our purpose for existence now. Thank you Sarah for this masterpiece. It helped me connect more dots.

A great story and what an amazing collection of accounts. It's fascinating when one person's story becomes a continuation of another and another. Just incredible! Feedback: I found it slightly distracting hearing the turning of the pages and the repetition of the same sentences when the reader would get a little tongue tied. It happens to the best of us but one would think that audible would've edited them out. This occurred in almost every chapter.

The story is very good. The authors voice is soothing and easy to follow. But, it needs serious editing. The mistakes, and bloopers have not been edited out. You can hear her reread lines that she messed up on and you can hear her turning the page. That can be a little distracting but the story overall is excellent.

For the few who comment negatively on the narration, it really did not take anything away from the message. I am now going to listen again!

This is one of those narrated by the writer. And she did okay. She could have used a little more expression sometimes, and perhaps found a way to distinguish the voices of the other characters better. But all in all it was a good book, full of interesting things to think about. Strongly influenced by Dolores Cannon's books. If you like those you will like this.

Must listen. Awakening is here!

Love this book. Audio could be edited of page turning sounds and mistakes. Information contained within in vital for the world today. Thank you Sarah. I think I'm up for a replay.

I loved this book! Never done a past life regression, but have always been drawn to Atlantis and Egyptian times. I also appreciated that the reader messed up here and there. Felt more personal. We’re all humans! Would recommend and buy for friends if I had any w the same interests as me!

This book drew me in from the very beginning. It was so interesting to me. I’m fascinated about this subject now. Truly an amazing book.

This was a wonderfully enlightening book. I love that you’re picking up where Dolores left off! My daughter and I have both had vivid dreams of tidal waves and what you uncovered brings me great peace for the both of us. The editing is a bit rough but I just giggled with the sounds of the page turning and repeated lines. Glad to know you’re human too! Thanks again!