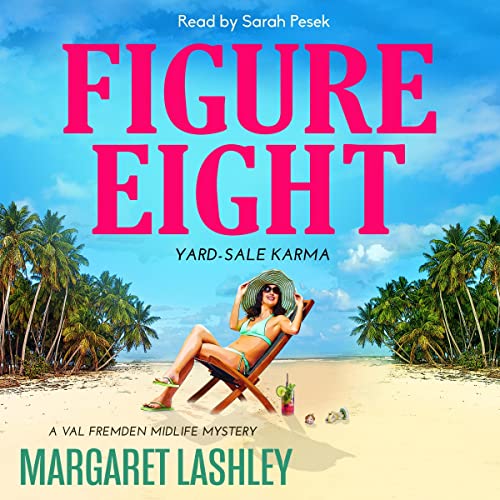 By: Margaret Lashley
Narrated by: Sarah Pesek
Try for £0.00

Val knows she can’t solve all the world’s problems, so she’s settled on two: smashing every tacky figurine on the planet…and ridding the universe of her boyfriend’s hideous vinyl recliner.

During a neighborhood yard sale, the fate of Tom’s beloved chair comes down to a wager. But what Val antes up in exchange proves hard to live without, and soon has her wrestling the demons she keeps locked in her closet—both literally and figuratively.

With an old nemesis breathing down her back and a dear friend missing in action, Val soon finds herself jonesing for more than ordinary justice.

Who’ll win the battle of wills? Who’ll lose? And who in the world is Sir Albert Snoggles, III?Come along for the ride as Val’s “Hammer of Justice” lays waste to atrocities of both the ceramic and non-ceramic kind—and the gang learns that when you mess around with Karma, just who ends up dealing the final blow is anybody’s guess.