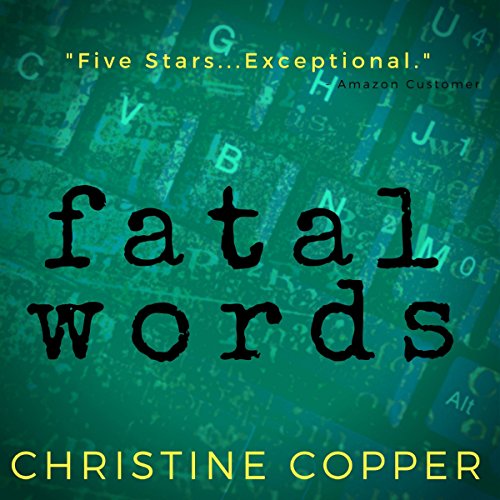 By: Christine Copper
Narrated by: Michelle Marie
Try for £0.00

An incident of online bullying leads to a young girl's suicide - and her sister's vow to avenge her death.

A sugar glider named Boomer became 13-year-old Zoe Winfield's world two years after a freak accident maimed her parents and left her depressed and vulnerable. When Boomer unexpectedly dies, some members of an online sugar glider group blame her in a vicious verbal attack. Unable to cope, she takes her own life.

Now, her sister wants those responsible to pay with their lives.

What listeners say about Fatal Words

okay when should I start this book is brilliant much more than I expected when I read the blurb it was an intense book and very good I love it so very much it was enjoyable and everything I could have expected and even more just wow can I say even one more time the word wow?

I loved this!
This was a truly twisted story of every kind of abuse you can think of- and a sister getting revenge for what it did to her younger sibling. It was hard to listen to at the beginning - but gripping at the same time!

Will look for more novels by this author- and more performances by the narrator!!