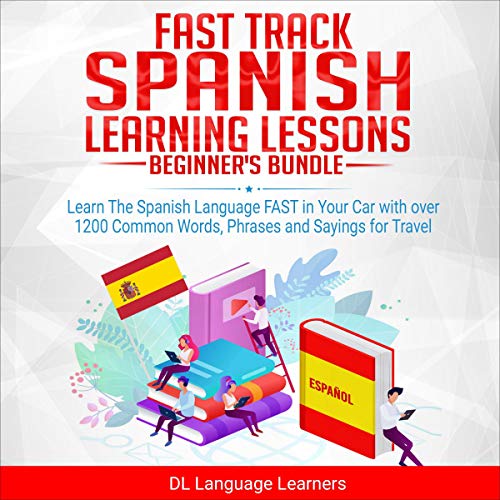 With over 40 percent of our world's population only knowing one language, making yourself stick out from the crowd by knowing two - or even three languages - has never been so simple.

If you are someone who has always wanted to learn the basics to Spanish in one sitting, then keep listening....

Jessica really wanted to learn Spanish but thought she just couldn’t find the time to do so.

She tried everything from one on one lessons before work to attending local Mexican-themed parties in hopes of finding Spanish-speaking friends.

With no positive results coming from any of these language learning attempts, Jessica began to believe that learning a new language was going to be an impossible task.

Luckily for people like Jessica with busy work schedules, learning the basics to the Spanish language has never been easier.

Thanks to the language lessons contained within this book, people like Jessica now have the ability to learn Spanish with ease.

In this Spanish language lessons for beginner’s bundle, you’ll get:

Fortunately, you no longer need a huge amount of money or months of time to learn a new language.

Everything you need to get to know about the basics to Spanish can be found right here.

So if you want to save time and learn the Spanish language in the most beginner friendly way, then click the “Add to Cart” button now!

I want my credit back
This is the most boring, unintelligent
Useless course
Please take it off audible