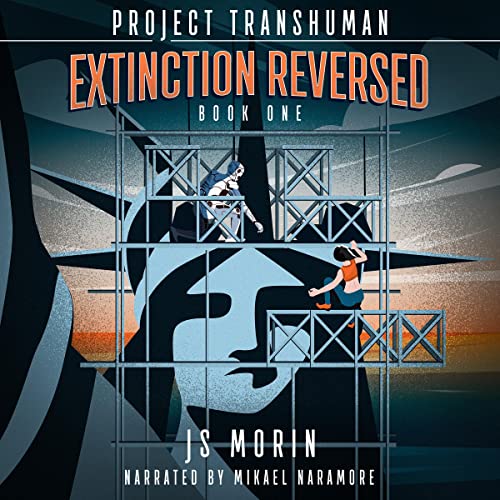 These days, even the humans are built by robots.

Charlie7 is the progenitor of a mechanical race he built from the ashes of a dead world—Earth. He is a robot of leisure and idle political meddling—a retirement well-earned. Or he was, until a human girl named Eve was dropped in his lap.

Geneticists have restored Earth’s biome and begun repopulation. But primate cloning is in its infancy; human cloning is banned.

Far from a failed genetics experiment, Eve is brilliant, curious, and heartbreakingly naïve about her species’ history. But Eve’s creator wants her back and has a gruesome fate planned for her. There is only one robot qualified to protect her. For the first time in a thousand years, Charlie7 has a human race to protect.

It didn’t save us, either.

The robots we built in our final days preserved human minds. They survived the end of life on Earth and embarked on the greatest single project in all recorded history.

The result of 1,000 years of genetic engineering, terraforming, and painstaking toxic cleanup has resulted in the ultimate achievement of the Post-Invasion Age: a healthy human.

Don’t ask about the 13 Eves before her.

Or do, because that’s the reason why she’s in danger, and why one brave robot puts his millennium-long life on the line to save her.

Welcome back to the Golden Age of science fiction, when scientists had planet-sized dreams and robots were robots.

Grab your copy while there’s still an Earth left.

What listeners say about Extinction Reversed

Another great series from J.S.Morin

This series is feeling a void I've had since starting to listening to Morin's books.

robots wanting to be human is not a good story idea. these were some condescending rejects. I hope all get recycled so we do not have to waste time on hearing another story like this.

Another great story for Morin that is a bit of Alita mixed with Cinder but more palatable than Cinder to me. Mikael Naramore is spot on with his inflections and narrating style.