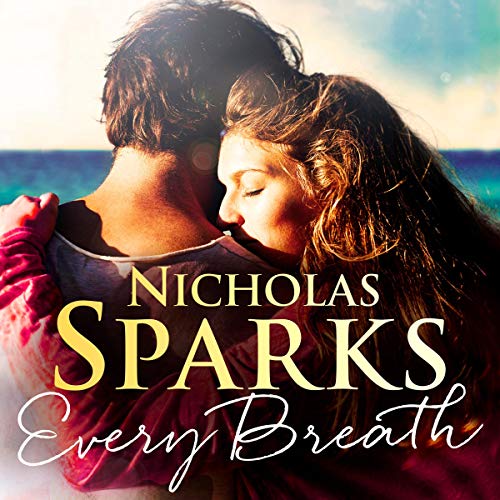 There are times when destiny and love collide.

This story is one of them.

From the number one best-selling author of The Notebook and Two by Two comes an unforgettable tale of enduring love.

Hope Anderson is at a crossroads. After six years with her boyfriend, she is no longer sure what she wants, and when her father becomes ill she heads to her family's cottage at Sunset Beach in North Carolina to make some difficult decisions.

Tru Walls has been summoned across an ocean from where he was born and raised in Zimbabwe by a letter from a man claiming to be his father. In journeying to Sunset Beach, Tru hopes to unravel the mystery surrounding his mother's life, but the letter will lead him in an unexpected direction.

When these two strangers' paths cross, their chance encounter sets in motion a heart-breaking story - one that will transcend decades, continents and the workings of fate.

"When it comes to tales about love, Nicholas Sparks is one of the undisputed kings." (Heat)

What listeners say about Every Breath

Difficult to listen to but good story

The story was captivating right to the end. Unfortunately Sean Cameron Michael dropped his voice at the end of every sentence which meant that it just felt like he had not grasped the essence of the story - or maybe he always speaks like that! Very boring with no life. Vanessa Johansson had the sort of American accent that is quite strident to the British ear.
Having said that I persevered with the book for the sake of the story which I enjoyed immensely. I am a Nicholas Sparks fan and this one did not disappoint

Excellent story which will tug at your emotions

Have your large box of kleenex at the ready as this is quite a heart wrenching story. Very enjoyable though!

Five stars
Beautiful story, romantic
Life sometimes is so hard, but still worth to live.

100% Read. Bitter sweet but helps you to believe that hope and micrales really do exist. True love is magic 💕💗💓

I loved this book from beginning to end and every page and word in-between. The characters the storyline, the settings, everything was just wonderful.
I liked the fact that it was read by 2 narrators, they really brought the characters to life for me.
As ever with Nicholas Sparks, this story brought me to tears more than once, and made me smile in equal measure.

Nicholas Sparks does it again touches your heart. Did not want it to end. ❤️

loved it from beginning to end. Thoroughly enjoyable . Great characters as always with books.

loved it cannot wait to read more by nicholas spa

loved it cannot wait to read more. i was lost in the story absolutely brilliant

Wow another immersive fab novel by Nicholas Sparks , he has such an amazing skill , to put you in the picture and feel the places, the emotions of the characters . A lovely book but heart wrenching too. As must read and I Feel a new film in the making too.

I love this author. got all the books he's written. but this one feels like a summary of all the others, same patterns and events. Every cliche in the love story book is included in this narrative... Just wanted something less predictable. Feels like a rehash of other stories with the only original bit being the letter box that the story centres around somewhat. other than that the narative is pretty thin and predictable if you're a Nicholas Sparks fan...

Too good to be true

I usually love Nicolas Sparks' books but this one is just too far-fetched.
The male performer is also a bit unnatural.

From the moment I started listening I was enthralled. Being a Rhodesian Imyself I could relate to Trews story about the amazing wildlife in Zimbabwe. Also the sadness and loss at the destruction of a beautiful country.
Both Tree and Hope's character's we're so well defined, two people from such different backgrounds. I felt as if I knew them both personally. A delightful book. Was very sad when it came to an end. Well written and narrated.

Love for children versus love for a spouse, who’s to say which was the right decision?

Guys like Tru are few and far between ... the epitome of one who embodies the virtue, grace. He’s the real star in the story ... ‘Greater love has no one than this: to lay down one's life for one's friends.’