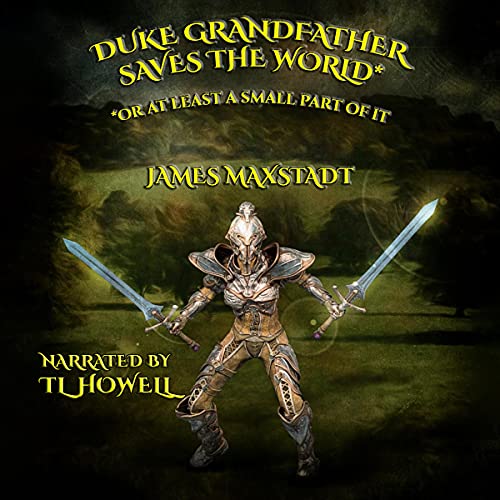 Duke Grandfather Saves the World: Or at Least a Small Part of It

Duke's life has changed a lot over the last year. He's still the number one Nuisance Man in Capital City, but now, only chases down those whose guilt has been proven. A new attitude that doesn't always sit well with the other Nuisance Men, or the old guard of the Watch. He's firmly tied to the beautiful and deadly necromancer Lilly, who, as it turns out, comes from a fabulously rich family. Oh, and someone is out to get him.

But the mysterious someone isn't after just him. They're targeting Capital City itself! Menaces the likes of which had never been seen before arrive, and Duke and Lilly get caught up in the action. After all, if Duke, armed with his magic gun, and Lilly, the most powerful necromancer in centuries, can't stop the attack, what chance does anyone have?

What listeners say about Duke Grandfather Saves the World: Or at Least a Small Part of It