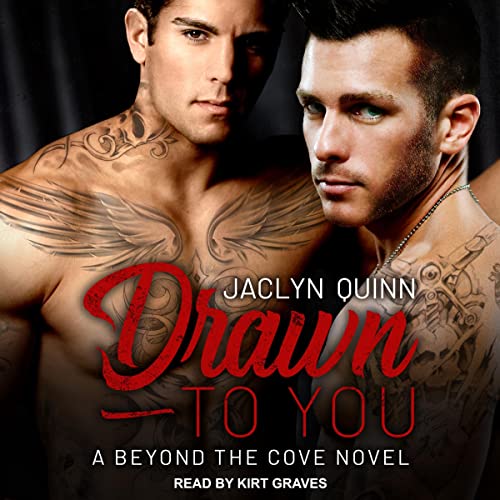 By: Jaclyn Quinn
Narrated by: Kirt Graves
Try for £0.00

Leaving his enormous family behind, native New Yorker, Elijah, decides to move to Brighton Pier for a fresh start. Just when he thinks his new life is going perfectly, he finds out his burgeoning relationship is nothing more than a friends-with-benefits arrangement to the man he was swiftly falling for.

Jake has worked hard for the life he's made for himself in Brighton Pier. Running his own business and spending time with his family and friends is enough for him, or so he's convinced himself. Though he's met a man he cares for, he's adamant about keeping his single life as is. He just hopes their friends-with-benefits arrangement will be enough to keep Eli in his life.

When tragedy strikes, and Jake's world is turned upside down, his instincts lead him to lean on the one person who's become someone special, despite his best efforts to try and push him away. Eli-unable to turn Jake away when a loss so great takes the strong man to his knees-steps selflessly into the void in Jake's life, regardless of the toll it takes on him. As both men struggle to deal with their own emotional turmoil, their lives veering off course, they grow inevitably closer as the days pass. Can two people, drawn together by tragedy, turn a devastating situation into a fresh start? Or is it too late for a new beginning?

What listeners say about Drawn to You

For the most part, I enjoyed this book. Some parts were a bit predictable, but the tragedy that keeps the story going is well written and believable.

The narration was amazing, he did amazing work.

I fell in love with the Haven's cove series the first time I read it. When it was released in audio, I thought there was no way listening to it could be better than reading it. I was so wrong.
When I realized Jaclyn Quinn didn't have the Beyond the cove series in audio I was heartbroken. I hear the characters voice in my head when I read the books, but hearing them as the story is read...it just takes the story to another level.
I'm glad she brought the first book into audio and can't wait for the rest.